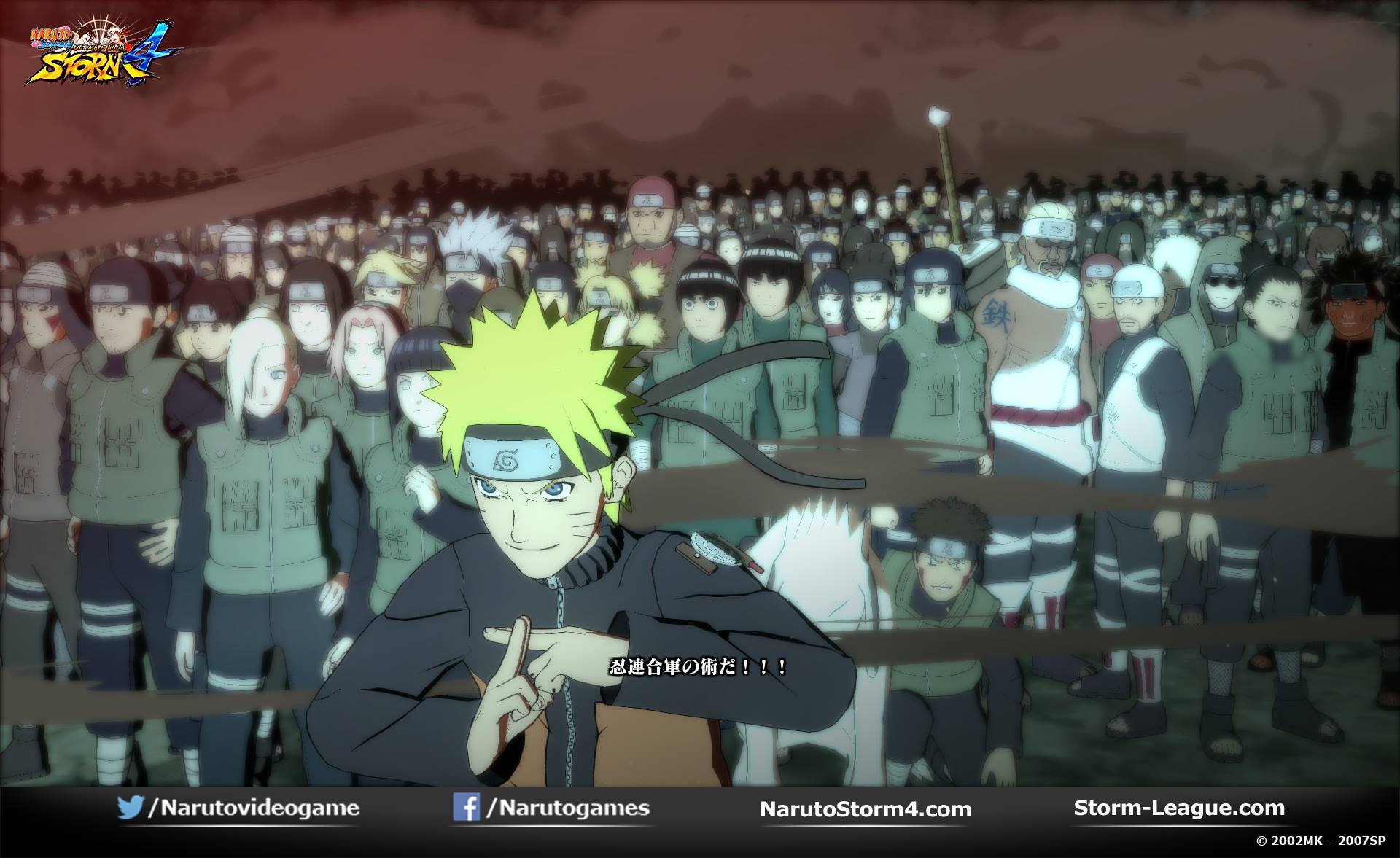 The Naruto Shippuden series is definitely one of the more popular anime series ever so it’s not surprising to see how video games inspired by the series are just as popular. During recent times we have been able to learn more about the latest Naruto video games thanks to the Naruto Video Games Twitter profile, which has managed to get 10.000 followers today.  A new contest has also been launched today to mark the occasion.

Some Naruto Shippuden Ultimate Ninja Storm 4 screenshots have been made available earlier this week. These screenshots showcase Naruto’s new Ultimate Jutsu as well as a boss battle where Naruto and Kurama have to fight the Ten Tails. Once the boss has been damaged enough, players will have to try to outrun it to win the battle for good.

Naruto Shippuden Ultimate Ninja Storm 4 final character roster has yet to be revealed in full and a few characters have been teased for the game recently. A few days ago a fan has asked once again the Naruto Video Games official Twitter profile about the inclusion of the Sound 4, with the rep behind the profile stating that that fans shouldn’t worry as the team is aware of fans’ expectations.

Naruto Shippuden Ultimate Ninja Storm 4 is currently in development for PlayStation 4, Xbox One and PC and will be released during February 2016 in all regions and not during Fall 2015 as originally announced. More on the game is going to come in in the next few days thanks to the London MCM Comic Con so stay tuned for all the latest news on the upcoming CyberConnect 2 developed game.