Envyus Trounce Fnatic and Move on to Semis at Dreamhack Open: Cluj-Napoca 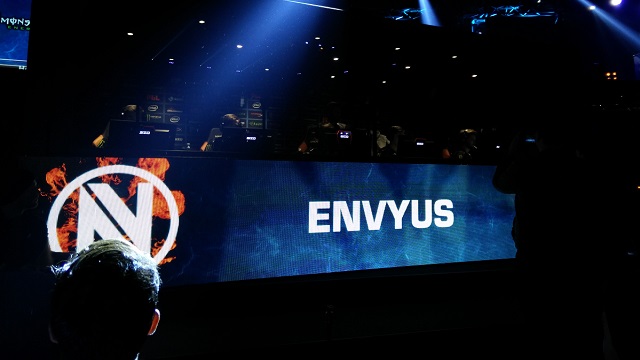 Envyus Trounce Fnatic and Move on to Semis at Dreamhack Open: Cluj-Napoca

Envyus dominated Fnatic 2-1 to be the first team to qualify for the semi-finals of DreamHack Open: Cluj-Napoca. The match was played on Mirage (Fnatic’s pick) which was 9-16 in the Swedish team’s favor, Cobble 16-9 for the French team and Cache which ended 16-2. Envyus awaits the winner of Virtus Pro vs G2 Esports.

The series started strong with a competitive first half on Mirage. The casters called attention to a slow start by Fnatic. They seemed sluggish and unfocused for the first few rounds. They picked up momentum after a seventh round eco rush from apartments to B site that made the score 2-5. They won the next two round and the match finally seemed to hit its stride.  Fnatic takes the lead for the first time off an Envy eco round which made the score 6-7. The half ended 7-8 in the Swedes’ favor, and Envyus would only go on to win two more rounds. Flusha and KRIMZ were integral to Fnatic’s win with player ratings of 1.66 and 1.27 according to hltv.org. KRIMZ had a couple of high impact rounds that included evening out a 2v5 and hiding on site after an Envy plant. While this was the best map for every player on Fnatic, JW posted a negative kill to death ratio and a player rating of .85.

Cobble felt more in Envyus’ favor than Mirage felt in Fnatic’s, despite the scorelines being the same. Envy grabbed the pistol round thanks to KennyS and apEX getting three frags between them and holding A site long enough for their team to rotate. The map consisted of large chunks of rounds dominated by Envyus, a block of three rounds in Fnatic’s favor and repeat. Flashes of what made Fnatic the most dominant team in the world over the past year+ were readily available for fans to enjoy, but were followed by long periods of sloppy play. More than once they made their way onto B site without clearing all the positions and a lurking Envyus member would peek out and close the round out in the French team’s favor. it was 6-9 at the half, and Envyus took the second pistol dominantly. JW whiffed shots on T’s funneling out to B site and the casters were quick to call him on it. It wasn’t just one man’s fault though. To lose a map isn’t the fault of just JW. As one of the casters said, “Right now, [Envyus] are just winning all of the aim battles.” To Envy’s credit, they looked in perfect form. When they are firing on all cylinders, it’s hard to imagine a team that could deal with KennyS, Happy, kio[c] apEx and NBK. ApEX maintained a player rating of over 1.10 across all three maps. NBK and Happy topped out at 1.75 and 1.74 on Cache.

Reminiscent of NiP vs titan on Dust 2 yesterday, Cache was a one sided beat down. KRIMZ top fragged for Fnatic at 9-15 while olofmeister brought up the rear at 3-17 with a player rating of just .18 — again, all stats thanks to hltv.org. There’s not much to report for this match. Fnatic got outplayed. Their game was completely disrupted by Envyus and their will and concentration seemed to break. They were getting out peeked, out fragged and out smarted. It wasn’t until round 14 that they won their second round and to their credit, it was a solid A hold that came in from pronax and olofmeister.

The match seemed like a one-sided affair, which is odd because Fnatic won map one fairly convincingly. But the solid win on Cobble followed by the domination on Cache made the back end of that match seem weighted heavily towards Envy. Envy is the team I picked to win the tournament going in, and seeing them in form on both Cobble and Cache affirms their positions as one of the favorites. If NBK can maintain his ridiculous level of current play and if apEX continues to seize the opportunities to be a high impact player, there’s a legitimate chance they can outdo Team Solo Mid. KennyS had a huge match, and should keep whatever mindset led to his play today because he’ll need it when he’s opposing the Danes.

For Fnatic, it seems to be time to look inward and address some problems. They had a disappointing online season that had some people ringing alarm bells, but any time they look vulnerable, people call them finished. This marks another loss early in a LAN tournament and an elimination before the semi-finals. If Fnatic didn’t believe there was a problem before, it’s time to look again. JW was absent the entire match. He’s been mostly absent this tournament. Sure, olofmeister may not be in the #1 player in the world form he was last winter, but he’s still easily top 3. Maybe Fnatic needs to start shopping for a new awper, maybe pronax should move to coach, maybe they just need a good boot camp. The problems are very real for the Swedish team, and with the competition heating up throughout the competitive scene, Fnatic need to right the ship before they begin to slip the same way NiP did.