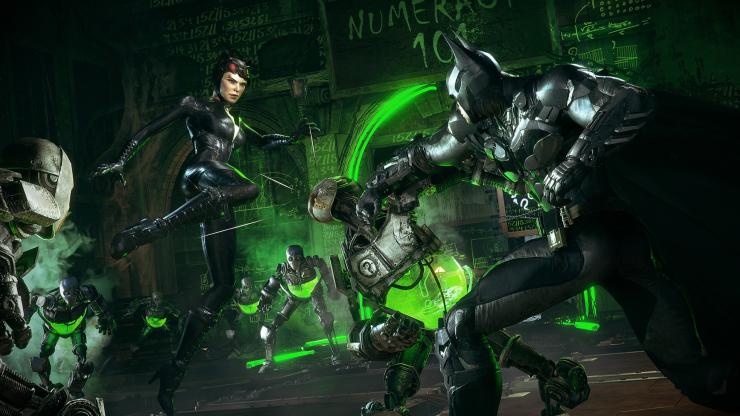 Batman Arkham Knight, the latest entry of the series developed by Rocksteady now available on consoles and PC in all regions, has received plenty of DLC packs in the past few months and more packs are going to be released in the near future. Among the extra content coming to the game next month is the big Season of Infamy expansion, which will add new Gotham Most Wanted side missions starring Killer Croc, Mr. Freeze, Mad Hatter and Ra’s Al Ghul. We still don’t know much about the upcoming expansion but more on it has come thanks to the Steam achievements for the expansion, which have surfaced briefly before getting removed.

The Batman Arkham Knight Season of Infamy Steam achievements, as mentioned above, are no longer available but users have managed to write down their descriptions. The achievements obviously include spoilers so avoid checking them out if you want the expansion to be a complete surprise for you when it launches.

Here are the Batman Arkham Knight Season of Infamy Steam achievements that have surfaced online.

The Demon Lives Again! – Follow the assassin’s trail.
Daughter Of The Demon! – Discover the Lazarus pit.
Ashes to Ashes – End the League of Assassins’ war.
The Scene of the Crime – Rescue Mad Hatter’s first hostage.
Head Games – Rescue Mad Hatter’s second hostage.
In Storybook Endings – Lock up Mad Hatter in GCPD.
Cold Case – Interrogate the Militia Lieutenant.
Out in the Cold – Track down the cryopod.
The Resurrection and the Life – Survive the Militia onslaught.
The Beast Beneath – Defeat the prisoners.
Breaking the Skin – Gain access to the high security area.
Evolution – Lockup Killer Croc in GCPD.
Life After Death – Achieve 21 Stars in AR Challenges using the Original Arkham Batmobile.

The next batch of Batman Arkham Knight DLC packs will be released next week on PlayStation 4 and Xbox One. Among the packs releasing next week for the game are the Crime Fighter Challenge Pack #4, The Robin and Batmobile Skin Pack, the Arkham Episode Catwoman’s Revenge and more.