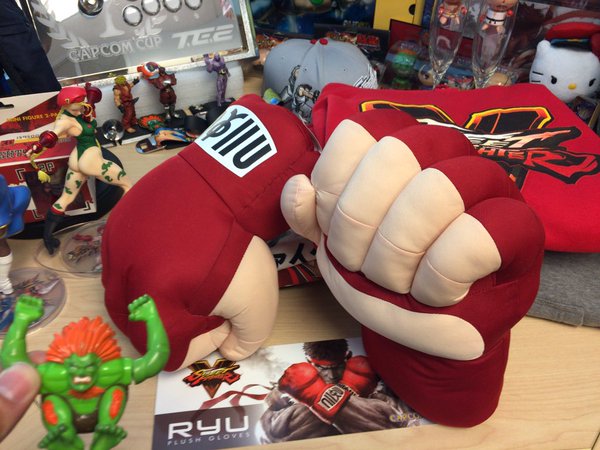 It’s been some time since we heard some news about Street Fighter V but it seems like we will finally learn more about the highly anticipated fighting game very soon, judging from what Capcom’s Yoshinori Ono stated recently.

A few hours ago the Street Fighter V producer has shared on Twitter a new image, teasing news on the game that will be shared during the Capcom Cup 2015 Finals and the PlayStation Experience 2015 event, which will both be held this weekend. The image shows a variety of merchandise related to the series so it’s pretty much impossible to understand what’s going to be revealed in the next few days. You can check out the new image right below.

The previous Street Fighter V Beta has allowed players to try out some of the new characters of the game like the Middle Eastern fighter Rashid and a few others. This fighter in particular is very interesting, as some of his special moves will allow players to access some advanced movement options. As the game is still in beta, there’s the chance that things will be different in the final version of Street Fighter V.

Street Fighter V is now in development for PlayStation 4 and PC and it will be released during February 2016 in both North America and Europe. We will let you know more about Street Fighter V as soon as more comes in on the game so stay tuned for all the latest news on Capcom’s highly anticipated fighting game.