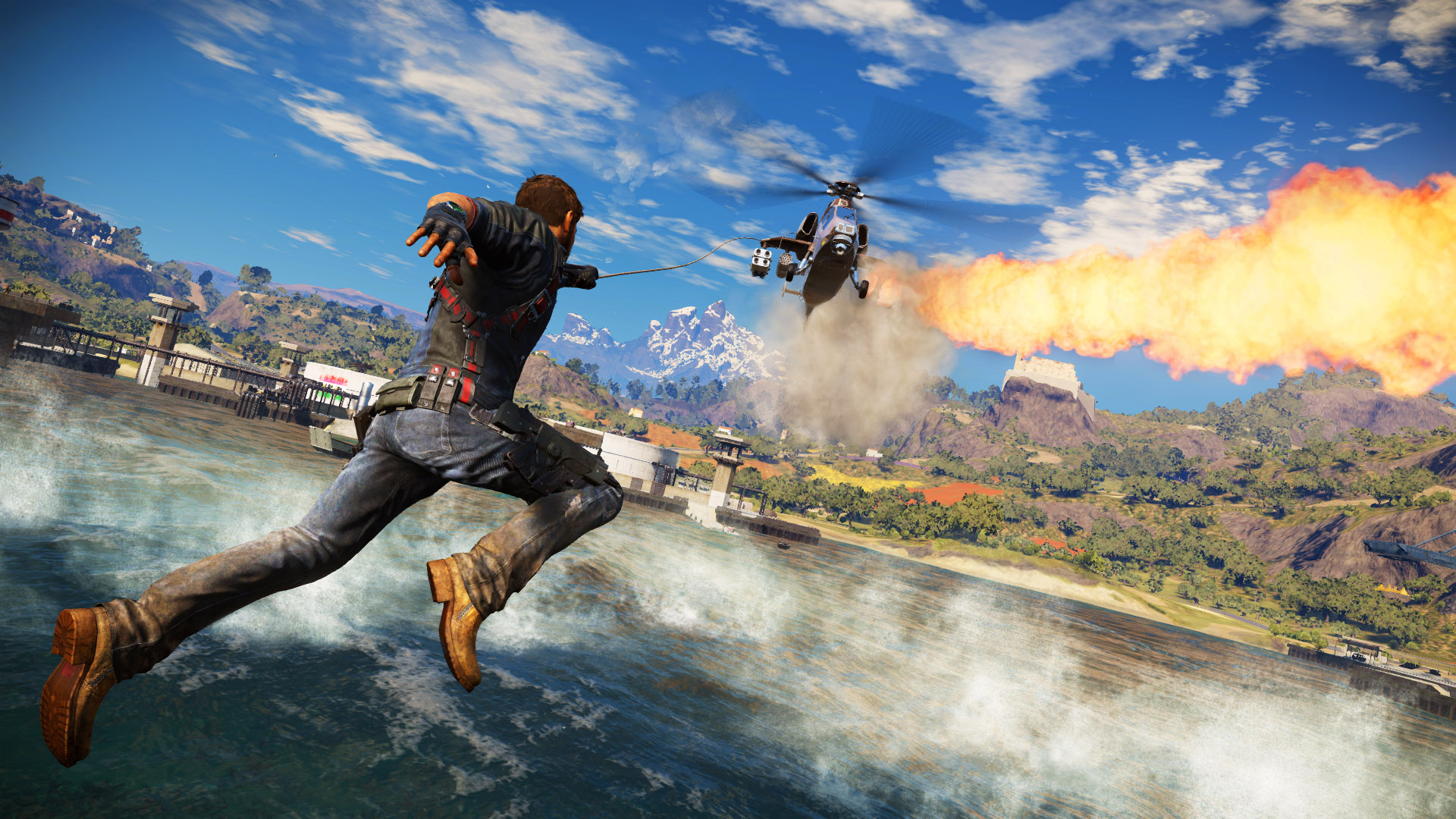 Just Cause 3, the latest entry of the series developed by Avalanche now available on consoles and PC in all regions, is definitely one of the more interesting open world games released this year also thanks to the many secrets and Easter Eggs the team has included in the game. Another very interesting secret has been discovered a few hours ago in the game, a secret which allows players to use a very interesting item.

The new Just Cause 3 Easter Egg allows players to use a pogo stick in the game. To find the pogo stick, players have to reach Citate di Ravello and search the roof of one of the buildings. You can check out a video detailing the precise location of the Pogo Stick Easter Egg right below.

A few days ago another Just Cause 3 Easter Egg has been discovered, the Dark Souls series bonfire. Unlike in the From Software games, players won’t find a sword planted in the bonfire but a rifle.

Just Cause 3 is the third entry of the series created by Avalanche Studios. The new game stars Rico Rodriguez once again and is set a few years after the events of the second entry of the series released back in 2010, with Rico returning to his homeland of Medici to fight the dictator General Di Rivello. Like its predecessor, Just Cause 3 feature a rather big map that players can explore freely as well as tools like the grappling hook and the parachute. Aside from returning and brand new tools like the wingsuit, players are also able to use a variety of different weapons such as missile launchers and more as well as different vehicles  like cars, aircraft, ships and more.

Just Cause 3 is now available in all regions on PlayStation 4, Xbox One and PC. We will let you know more about the game’s secrets as soon as possible so stay tuned for more.