Back in 2003, Bioware released a little game called Star Wars: Knights of the Old Republic. This RPG gave us a glimpse of the Star Wars universe thousands of years before the films. It proved to be a massive hit at release, with a sequel being rushed out a year later. Since then, Bioware moved on to series like Mass Effect and Dragon Age, but the question has always been there about a new KOTOR. Now, after years of asking, it could finally be happening. Now keep in mind, this is still just a rumor, no one from EA or Bioware have addressed it yet.

The rumor comes from The Star Wars Game Outpost, who found games journalist Liam Robertson’s Patreon page. On it, Liam claims to have learned that Bioware’s Austin studio is working exclusively on new Star Wars games. The biggest of this is believed to be a “revival/remake” of KOTOR. There’s also a chance there’ll be an official announcement this week at Star Wars Celebration in Orlando. 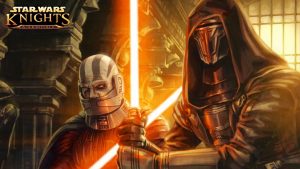 This isn’t the only rumor to come out about a KOTOR reboot happening. The first bit came out last September thanks to Jordan Maison, editor-in-chief of Cinelinx, saying that a game was in the works but was put on hold. This was fueled, again, last month thanks to a tweet from Bioware’s Drew Karpyshyn, who was the head writer for the first KOTOR. He was asked if he was working on a new game, which he said yes. If these pieces line up with Robertson’s report and they are all true, it looks like the game may not be one hold anymore.

Just looking at what could if a reboot is in the works, it would certainly be a welcome addition. The original game is still regarded as, maybe, the best Star Wars game ever made, both in gameplay and story. Unfortunately, after Disney bought Lucasfilm, nearly all extended universe material was branded “Legends.” Anything released under Lucasfilm now is canon. This came at the cost of alot of great stories/characters, but they are slowly being introduced to the new canon. Rebooting KOTOR and reintroducing characters like Revan would make fans lose it. 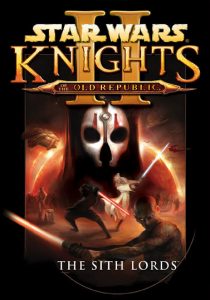 But just to reiterate, this is just a rumor right now. Until anything is confirmed, just look at this as a Star Wars nut loosing over the slight chance of a new KOTOR. But as Star Wars has showed in the past, hope is all you need sometimes.

Matt DavisJune 17, 2020
Read More
Race the Sun Will Receive PSVR Support and Get New Content
Thor: Ragnarok Trailer Ups the Stakes With the Destruction of Asgard and Mjolnir