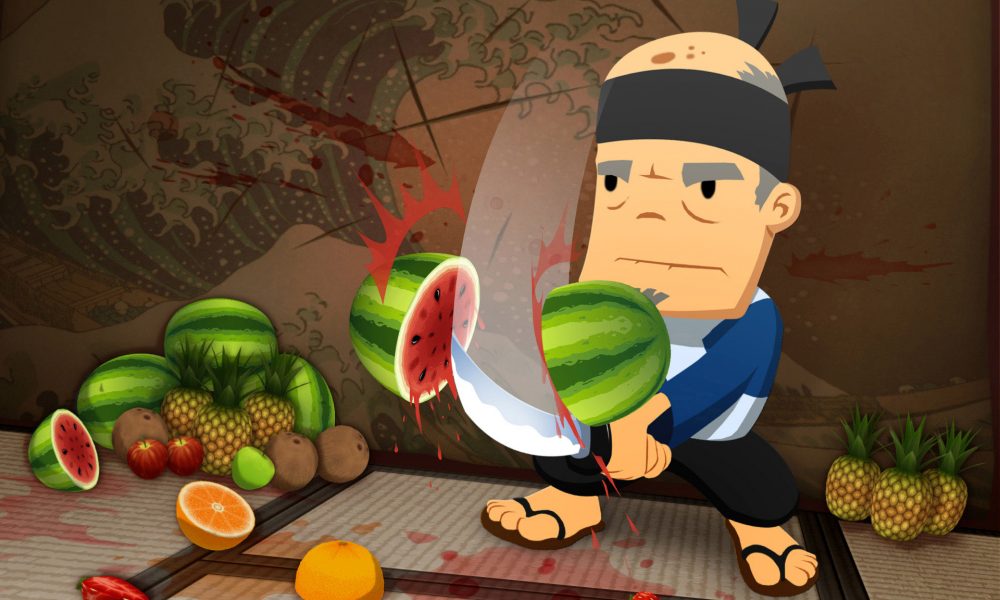 Who here remembers Fruit Ninja, that free game for your smartphone where you drag your finger across the screen to cut up fruit and avoid bombs? Well, it’s getting its own cartoon on YouTube Red, titled Fruit Ninja Frenzy Force.  And it looks bad.

The story of Fruit Ninja Frenzy Force is four kids have discovered the lost art of “juice-jitsu” and need to defend their city against various villains, ranging from fruit golems to an admittedly awesome looking skeleton-lich that shoots lightning. Regrettably, that is about as much praise as I can give, because just about everything else in the trailer does not inspire confidence.

The CGI and art are as bland as bland can be. The main characters’ designs are generic and downright lazy; they all have large, round heads, oval eyes, small bumps for noses, and gigantic foreheads. Aside from their clothes and hair, very little sets them apart, especially their personalities. Either the trailer does a poor job portraying the protagonists’ personalities or they have none.

The worst part about the trailer, the part that makes me believe the show is going to flop, is the “comedy.” Note I put the word in quotes, because nothing was in the trailer was funny. The “jokes” (again note the quotation marks) consist of fruit puns, constantly pointing out that one of the protagonists is a stereotypical dumb jock, and…I need to pause for a moment here and go off on a tangent. When you make a trailer for a show or a movie, the beginning is crucial. The trailer needs something to win over its audience; for a comedy-oriented show like Fruit Ninja Frenzy Force, it needs a joke that sets the tone for the entire show. So, what is the first joke of Fruit Ninja Frenzy Force’s trailer? A man in a blue suit who holds a toilet plunger and says, “Whoever smelt it, dealt it” as he walks off screen. In other words, the first joke in the trailer is a fart joke, and a poorly done one at that. This is, in my mind, the nail in the coffin for Fruit Ninja Frenzy Force.

Granted, I could be wrong about the show. Heck, I want to be wrong. Fruit Ninja Frenzy Force is obviously meant for kids, but the level of “humor” and lazy character design in the trailer does not make me confident that even Fruit Ninja fans will enjoy the show. Modern cartoons are extraordinarily sophisticated. Shows such as Gravity Falls, Steven Universe, and even My Little Pony: Friendship is Magic are primarily aimed at children, but they all manage to win over much older audiences thanks to the sheer talent on display, memorable characters, and near pitch-perfect storytelling. Fruit Ninja Frenzy Force, from what I can tell, has none of these aspects. For Halfbrick Studio’s sake, I hope the trailer does not represent the final product.