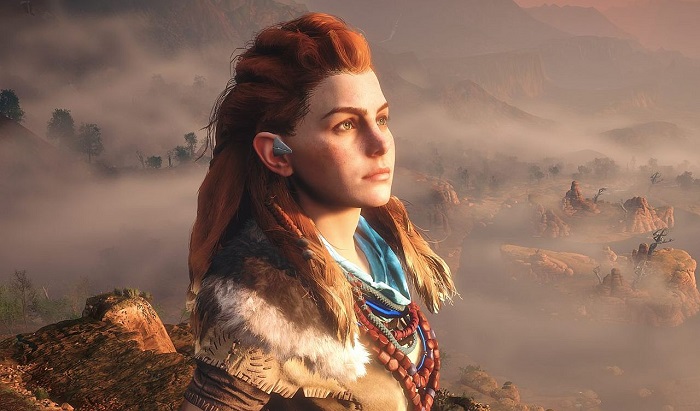 Here I am sitting while waiting for another one of Q1 or Q2’s great games to arrive on my doorstep. So many great titles so far this year and many more still to come. Still it’s hard to shake off this feeling of leaving Aloy behind. Horizon Zero Dawn still rings in my mind even with games like Resident Evil 7, Mass Effect: Andromeda, Nier: Automata, and Torment: Tides of Numenera under my recently completed belt. Hell, whenever I turn on my PlayStation 4 and make my way past the icon for Horizon Zero Dawn, I just stare at it wishing more content would magically appear within it. The experience was that enjoyable and I really do hope that Guerrilla Games is working on a singleplayer DLC. I’m so enamored these past two months that I just needed to get my feelings out other than with a critical eye. Although Horizon Zero Dawn was the first title I ever gave a 10/10 to since becoming an actual journalist. In an effort to think about Aloy’s adventure as much and long as possible, here’s five things that Horizon Zero Dawn did incredibly right.

The first is probably the most important because it was on everybody’s mind when it was first announced and when they started playing. (Spoilers for this article by the way.) How did the world go to hell in a hand basket and why was humanity once again in tribal form hundreds of thousands of years in the future? I guarantee many were thinking a plague or disease of some kind or humans just nuked themselves to death. Even when we originally found out that Elizabet Sobeck, a brilliant scientist, roboticist, and engineer, was working on a way to stop Faro’s robot swarm (more on that later), we were still wondering what exactly made up Project Zero Dawn. What exactly was this program going to do in order to save humanity? 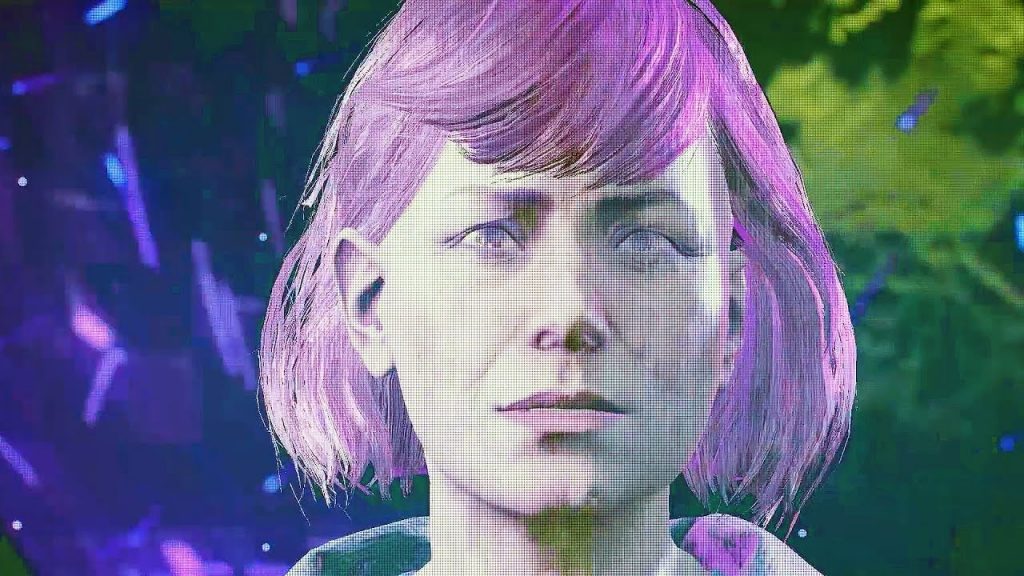 Turns out it wasn’t so much saving our race as rebuilding it. And it made sense and felt gratifying as a revelation. No cheap cop out so to speak. Sobeck’s plan was to lie to the general public so they’d have hope to hold off a deadly robotic army in order to craft a massive, complex system. This system, Project Zero Dawn, would utilize hundreds of years to basically find the shut off switch to the robot army because they were assimilating or devouring anything organic in order to operate. For a time Earth was an inhabitable wasteland only seen in sci-fi books. When her plan finally disengaged the deadly robots, the rest of Zero Dawn activated.

This system was named after the many Greek gods of old. Each different part would have a function for rebuilding life on the planet through stored samples. For example, the A.I. known as Demeter, Artemis, and Eleuthia would focus on creation, the A.I. Hades would wipe out the planet again if something went wrong, the A.I. Apollo would retain the vast culture and past of humanity for prosperity, and quite a few more dedicated to bringing Earth back up to speed. All of which was overseen and controlled by a master A.I. known as Gaia. Essentially, it was one giant terraforming project and it made complete sense to the plot. As I mentioned it didn’t feel like a cop out or a slap in the face to gamers who wanted to know the big secret behind Horizon Zero Dawn’s story. In short, the cure was appropriate for the disease. It was a bitter sweet way to go about doing things, but it couldn’t have been done any other way looking back.

But what about that robot swarm that first destroyed all life? Well, that brings me to my second point in the form of a great character to universally hate. Another (and more idiotic) roboticist, Ted Faro, owned a company that created robotic servants and combat ready machines. It’s just that he went too far and basically made mechanical beasts that thrived on organic matter and could replicate like nobody’s business. In the end his creation doomed the entire world and that’s a lot of grief and guilt for one man. Plus, he had to beg Miss Sobeck for help which wasn’t easy since they were rivals. Then it got even worse when he learned the world couldn’t be saved in the traditional sense. 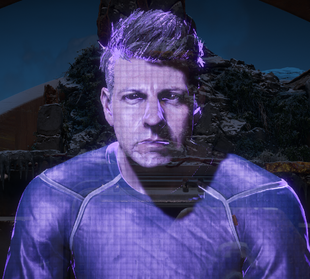 I won’t lie. I put myself in Faro’s shoes at this point in the story and contemplated what I would have done. Suicide actually came up as a response and I was surprised that he didn’t engage in that act. Surely, you’d assume he’d instead become a reclusive or do everything he can to help Project Zero Dawn right? Nope! He doubled down on his stupidity. Faro killed the rest of the Project Zero Dawn workers because he didn’t want them to interfere with shutting down of Apollo, the part of the system that would reintroduce art, culture, etc. to the new humans. The end result was dooming humanity to a tribal state and taking hundreds of thousands of years to get back to where they were.

Trust me, I never felt like hitting a video game character as hard as Ted Faro. The idiot doomed his species twice because of money, self-image and his distorted sense of morality. I wasn’t the only one either as Reddit and other forums were lit up with “Ted Faro is the worst person in the history of ever” or something like that. Having this kind of person with such flawed logic really drove home the current world of Horizon Zero Dawn. It doesn’t hurt that a game drove up emotion to the point of universal hatred for someone. I’d say as horrible as the character is, he brought a lot to Guerrilla’s baby.

Now for the present villain in the A.I. Hades. When I first heard the distorted, loud, and mechanical voice scream out that the target has been found, I completely stopped in my tracks like a deer frozen in headlights. The rushed severity of that line’s deliverance made it quite clear that I was dealing with something that shouldn’t be trifled with. The fact that it was teaming up with the Shadow Carja (one of the enemy tribes in the game) only made things worse. Hades’ presence aside as an intimidating off-screen villain, there’s still a mystery about his activation. 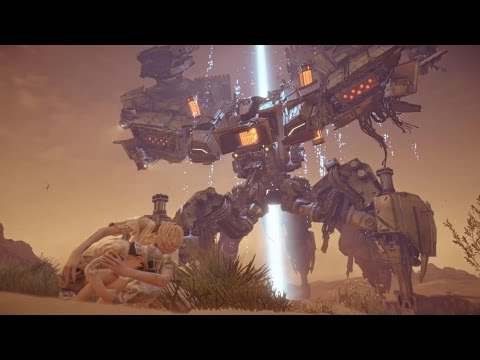 You see it wasn’t suppose to activate unless given the go ahead by Gaia to devastate the planet and begin again.Turns out some outside and mysterious signal woke Hades and made it take over the remains of Project Zero Dawn. Which caused all sorts of problems for Aloy and many others in the new world. Although without that event we wouldn’t have had our heroine in the first place. Trust me it’s complicated and something you should find out for yourself. We never discovered who activated Hades by the game’s end, but it didn’t feel cheap like holding out on purpose as sequel bait. While I would love a sequel to Horizon Zero Dawn, everything I did felt complete and nothing was being held hostage in order to acquire more money. However, I’m just as curious as Sylens (the straight forward jerk) on who could have had the power to engage Hades and make him hostile towards his other A.I. counterparts. Faro anybody?

Then the boss battle with Hades at the end of the game. The technical construct brought every powerful machine he could to ravage the land and its people. The explosions, screams, machines rushing forward and literal fire quickly made things quite stressful and set the stage for the final showdown. (Shoutout to getting revenge for Rost’s death too.) Now I had done everything else in the game and was fully upgraded so the boss battle wasn’t too hard. Still the weight of Hades’ plan of killing the world again pulled heavily at my psyche. I was in this world as its protector alongside Aloy. I didn’t want it to die and wanted to finally make things right in a depressing but logical plan gone wrong. Once again the title pulled me in.

Next, can we talk about how gorgeous and beautiful Horizon Zero Dawn is? I particularly had my breath taken away at the many scenic views and vistas the game offered in a range of environments. Up until that point I thought photo mode was a waste of time. Just an add-on. Never used it in any game until the views of Horizon took me away. Nearly every other minute there was pristine scenery to take in and I wanted to capture it. To the point where taking pictures was just as important as completing side missions. I could go on but the video below speaks volumes for the artistic wonder in Horizon Zero Dawn.

Lastly, the machines…or the “robot dinosaurs” that roamed the lands. No one expected these mechanical beasts to be a star in their own right or a safe bet for a video game. After all who immediately hears the words robot dinosaurs and thinks that’s the best idea ever? Well, I suppose Far Cry: Blood Dragon did them justice. Either way the many different machines (that were suppose to help repopulate the Earth) provided a consistent challenge for survival. When I was near water I doubly made sure that there were no Snapmaws around. Just something about being out of your element with creatures that could kill you instantly.

Don’t even get me started on the Thunderjaws. Those T-Rex bastards scared me well into the higher levels and before I figured out how to shoot off their disc launchers. The sound of their feet meeting dirt was scary enough before its roar. My first encounter with a Sawtooth was to run around panicking and not look back. Guerrilla Games made these mechanical beings with a perfect amount of diversity and danger. Even fully upgraded I think twice about jumping into a fight with more than five machines. Their importance to the story was enormous and they delivered in their numbers, instincts, and believably.

Seriously Guerrilla Games, please make a sequel or at least story DLC. I achieved the platinum trophy for Horizon Zero Dawn and still kept playing. Not a single game has made me do that since the invention of PlayStation trophies. You have something really special here and I hope you don’t abandon it. The sequel hopes I have for your title are pretty equal with The Last of Us 2 right now and just below Kingdom Hearts 3. If I can do anything, in my minuscule career or life to help you out, let me know. That’s how much I love your game.