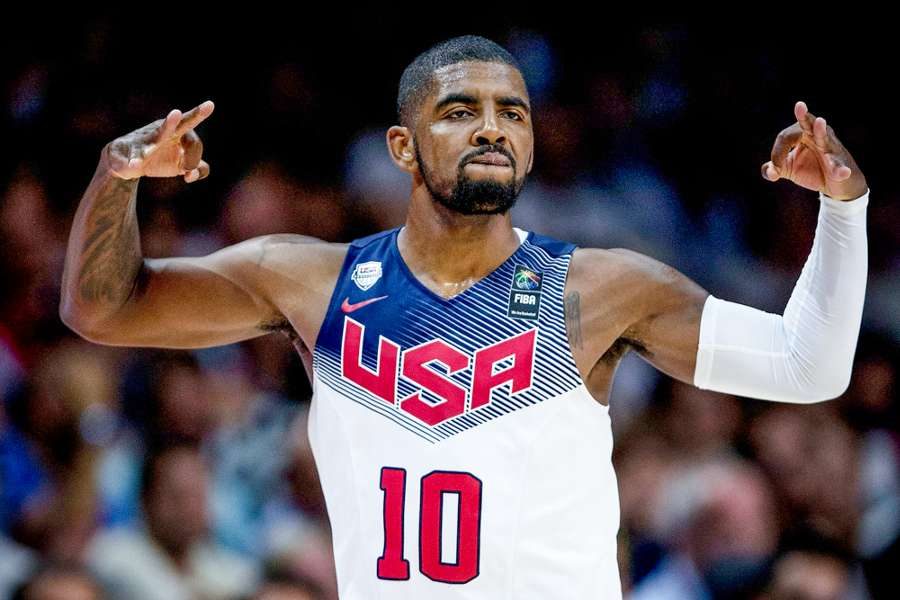 With another year comes a new NBA 2K title from 2K Sports and Visual Concepts. Today, the cover athlete for NBA 2K18 has been revealed and it will be the Cleveland Cavaliers All-Star Point Guard Kyrie Irving. This comes by a tweet that was posted by the official NBA 2K Twitter account this morning.

Kyrie Irving will be the 18th cover athlete following last year’s Paul George and will serve as the face of the standard edition of the game. According to the game’s official website, the standard edition will include In-game apparel, currency and 10 MyTeam packs for players to utilize if they pre-order. As previously announced, there are also two other editions of NBA 2K18 scheduled for release, the “Legend Edition” and the “Legend Edition Gold.”

Both of the Legend editions feature NBA Hall of Famer Shaquille O’Neal on the cover and will offer some more bonuses than the previously mentioned Standard Edition. This will be Kyrie Irving’s first time on an NBA 2K cover and his second as the featured athlete on a basketball game. He was the feature athlete on the EA Sports’ title NBA LIVE 14 that was released in 2013. Irving has multiple all-star games under his belt, an NBA championship and he is an Olympic gold medalist. Irving won his first NBA title last season and is currently set to play Game 1 of the NBA Finals tonight.

NBA 2K18 will release on September 1 for those who pre-order and four days later for those who do not. It will be released on the Playstation 4, Xbox One, PC and Nintendo Switch platforms.

Life is Strange Prequel Leaked
Can the New Assassin’s Creed Save the Series?