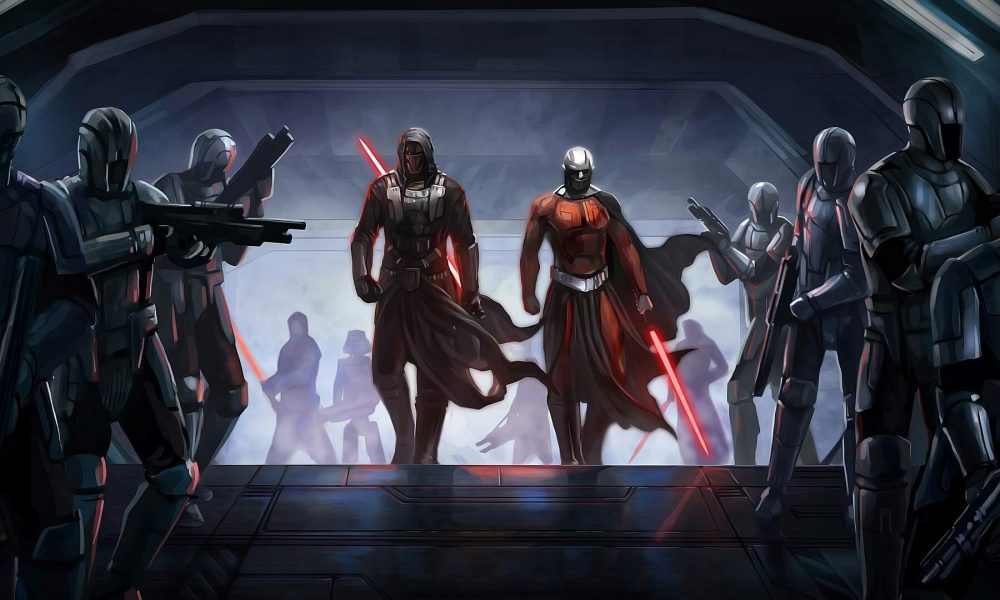 Rumors have been floating around for years now about a potential Knights of the Old Republic remaster or remake for current gen systems. With Casey Hudson’s return to BioWare almost two weeks ago, the KotOR fan base started to light up with hope once more. However, this story just doesn’t work anymore for Star Wars as it is now.

The story of the first game in The Old Republic trilogy is that two Jedi Knights named Revan and Malak fell to the dark side while fighting in a war against the Mandalorians. Darth Malak turns on his master Darth Revan, who is brought back to the Jedi Council and brainwashed into serving the Republic. From there, players can choose whether to become a Jedi and save the Republic by destroying the ancient Star Forge or to become a Sith and use the Forge to conquer the galaxy. There are many details from this story that is currently canon, like the Battle of Malachor and the Mandalorian Wars, however, there’s way too much that doesn’t fit into modern Star Wars.

For starters, the backstory of the game would have to seriously be expanded upon and heavily vetted for it to work in the Disney canon. Stories of the Rakata’s Infinite Empire and of fallen knights like Exar Kun and Ulic Qel-Droma would have to be heavily altered. The game goes into great detail about various events such as these in Star Wars Legends (the old Extended Universe) in order to establish its place in that timeline. Each of them revolves around aspects of the Force that have either not been explored yet in canon or don’t fit the current narrative.

Disney has tried to differentiate between machine and life in the canon, making Force-based technology, the foundation of the Infinite Empire, impossible in the story. The Star Forge is also an integral part of the main story of KotOR and can’t possibly exist due to this issue. The story of such fallen Jedi Knights as Kun and Qel-Droma (and most of the Sith Lord lineage for that matter) wouldn’t work anymore either. Jedi are now the first and only ones who have managed to create Force Ghosts and thus most of these fallen knights can’t be corrupted by Sith ghosts.

All of this has just been about the back story so far. There are many inconsistencies in the three games as well, let alone just Knights of the Old Republic 1. The story revolving around the Mandalorians especially doesn’t work. They name their leader Mandalore, yet in canon, that’s a planet, not a person. There is no planet Mandalore in KotOR but rather many different planets where Mandalorians come from, none of which are canon. Their culture is off as well. In KotOR anyone can be known as a Mandalorian if they prove themselves worthy, but in canon, they are a race that doesn’t accept outsiders. The Mandalorian Wars were also ended with the Battle of Malachor, which has been entirely changed in canon as well. Malachor is an incredibly different planet in canon and this battle was now between Jedi and Sith, having nothing to do with Mandalorians.

Moving on from Mandalorians, another potentially game-breaking inconsistency is how lightsaber crystals work. There used to be two crystals, one for color one for power, yet this doesn’t work anymore. Disney has now made it so lightsabers only use one crystal and it is clear until a Jedi Knight pours Force energy into and personalizes it. Sith crystals are no longer synthetic but rather Jedi crystals that have been bled with dark side energy. This eliminates much of the role-playing elements of the game. It makes specific colors more difficult to come by since each character would ideally only be able to make one color. Such locations as the Dantooine crystal caves would also have less impact and only supply clear crystals.

There are plenty of other small issues as well. Korriban would have to be called Moraband, Darth Bane would have to find another way to get influence from Revan, certain Sith Lords like Nihilus and Vitiate would have to be nerfed, etc. Even if the LucasFilm story group could find some way to make all of this fit into the canon, it would take an insane amount of work and the end result wouldn’t be safe for them. They’d inevitably piss somebody off with the changes that would need to be made and that could be a lot of somebodies considering how popular this series is.

It would also be a logistical nightmare to make just considering ownership. KotOR and it’s 2004 sequel were Microsoft exclusives, yet EA owns the third game in the trilogy and the Star Wars gaming license now. I just can’t see Microsoft giving up a potential exclusive and EA giving up on money because of a project that has so many narrative roadblocks.