Some of the best bits from Insomnia 61 Gaming Festival

Some of the best bits from Insomnia 61 Gaming Festival

Billed as the UK’s biggest gaming festival, Insomnia 61 is a haven for gaming and tech enthusiasts. Stretching out over four days at the end of August, Insomnia 61 offers visitors the chance to check out the latest releases and previews, watch some competitive gaming or even meet their favourite YouTube personalities.

With several halls of the NEC venue in Birmingham absolutely packed out, there’s plenty of games, new technology, merch and more to go around.

We were lucky enough to visit over the weekend and managed to get some time with a couple of blockbuster titles including Call of Duty: WW2, Project Cars 2 and Mario + Rabbids: Kingdom Battle, although the bulk of our time was split between the Indie Zone and trying to get a seat at the Smash Bros Melee table.

If you couldn’t manage to make it, we’ve brought together a few of our best bits below. Enjoy!

Mario + Rabbids: Kingdom Battle (and the Nintendo stand in general) 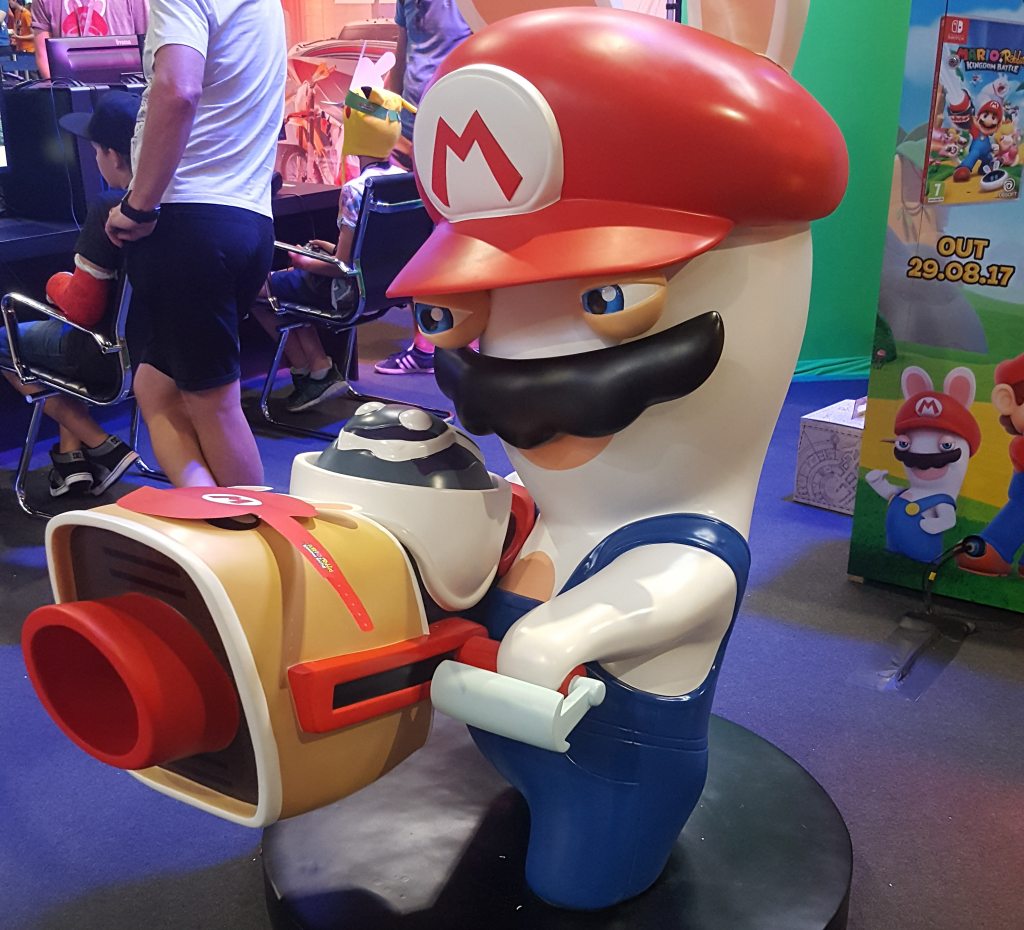 Probably the biggest surprise of the festival was how much I enjoyed playing a turn-based strategy game involving Rabbids. It was great to see people of all ages enjoying the game, with the cutesy visual appeal masking a game with surprising strategic depth. You can find a review roundup of the game here.

Nintendo’s presence in general was excellent, a refreshing change to the complete lack of any real marketing or presence that occurred during the WiiU years. With top shelf games like Super Mario Odyssey and Splatoon 2 crammed right next to excitable groups taking part in impromptu Mario Kart tournaments, it really embraced the ‘party’ atmosphere that the Switch has built itself on.

Plus, I never knew I wanted a lifesize Rabbid Mario statue until now.

Robot Wars is my guilty pleasure. I love the fact it’s mostly lawnmowers stripped down and rebuilt to be offensive weapons. I love hearing Jonathan Pearce scream about how Sir Killalot can crush solid steel. I am Craig Charles’ leather coat. Imagine my delight then when I hear an almighty crack and turn to see bits of some poor bloke’s weekend project go smashing against the perspex cage like shrapnel. 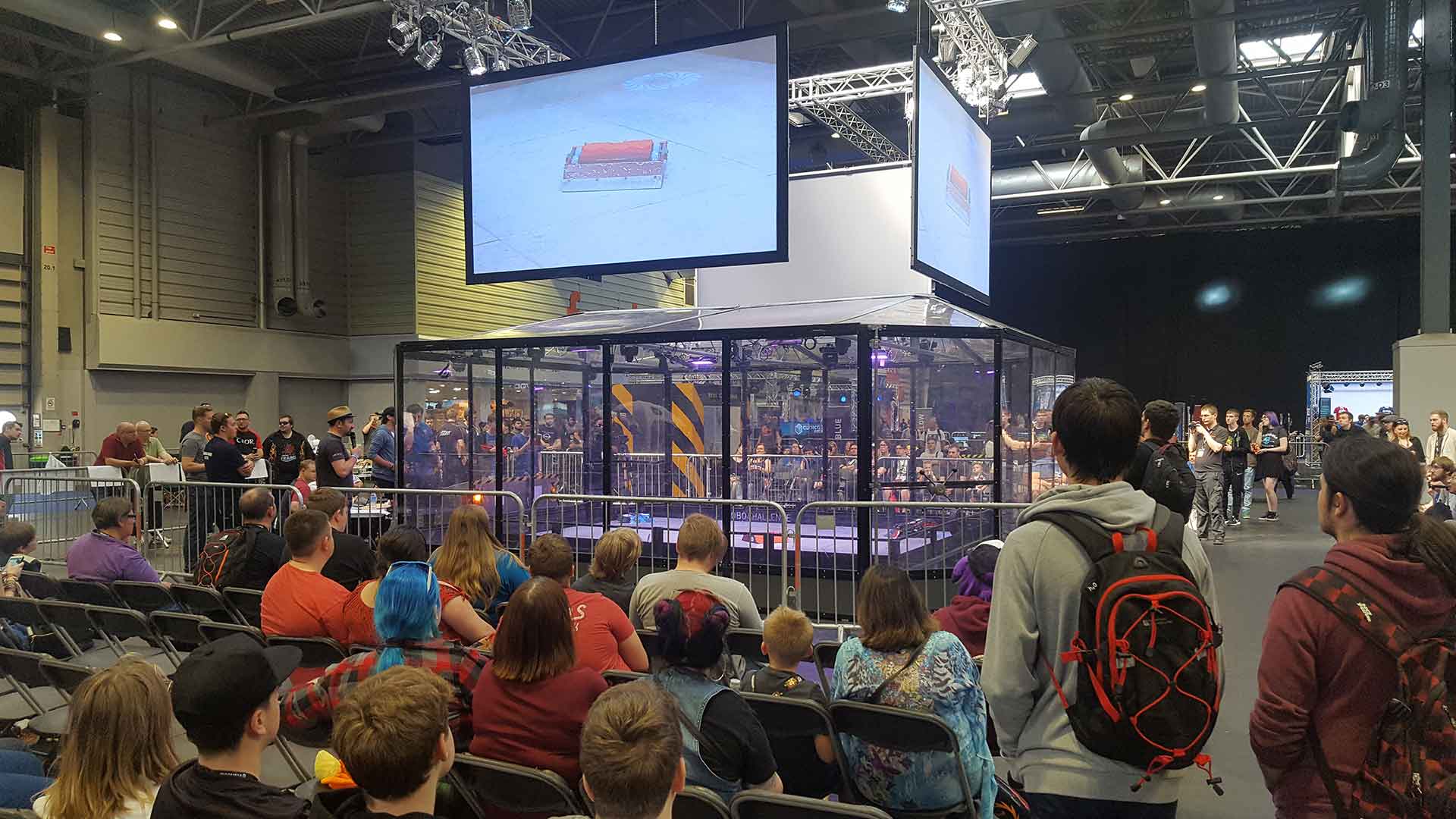 Insomnia 61 featured a number of tech showcases for enthusiasts and casuals alike, the main two being Drone Racing and this take on Robot Wars. While I didn’t manage to catch it all, it was a welcome alternative for an event that is primarily all about the vidya games.

My first discovery in the Indie Zone and probably my favourite overall. Jarheads is a squad-based tactical shooter developed by Gareth Williams, a modern refresh of Cannon Fodder with lovely voxel-based destruction.

It’s fast-paced and bloody, as you move your four soldiers through a map shooting enemies and blowing up everything in your path. 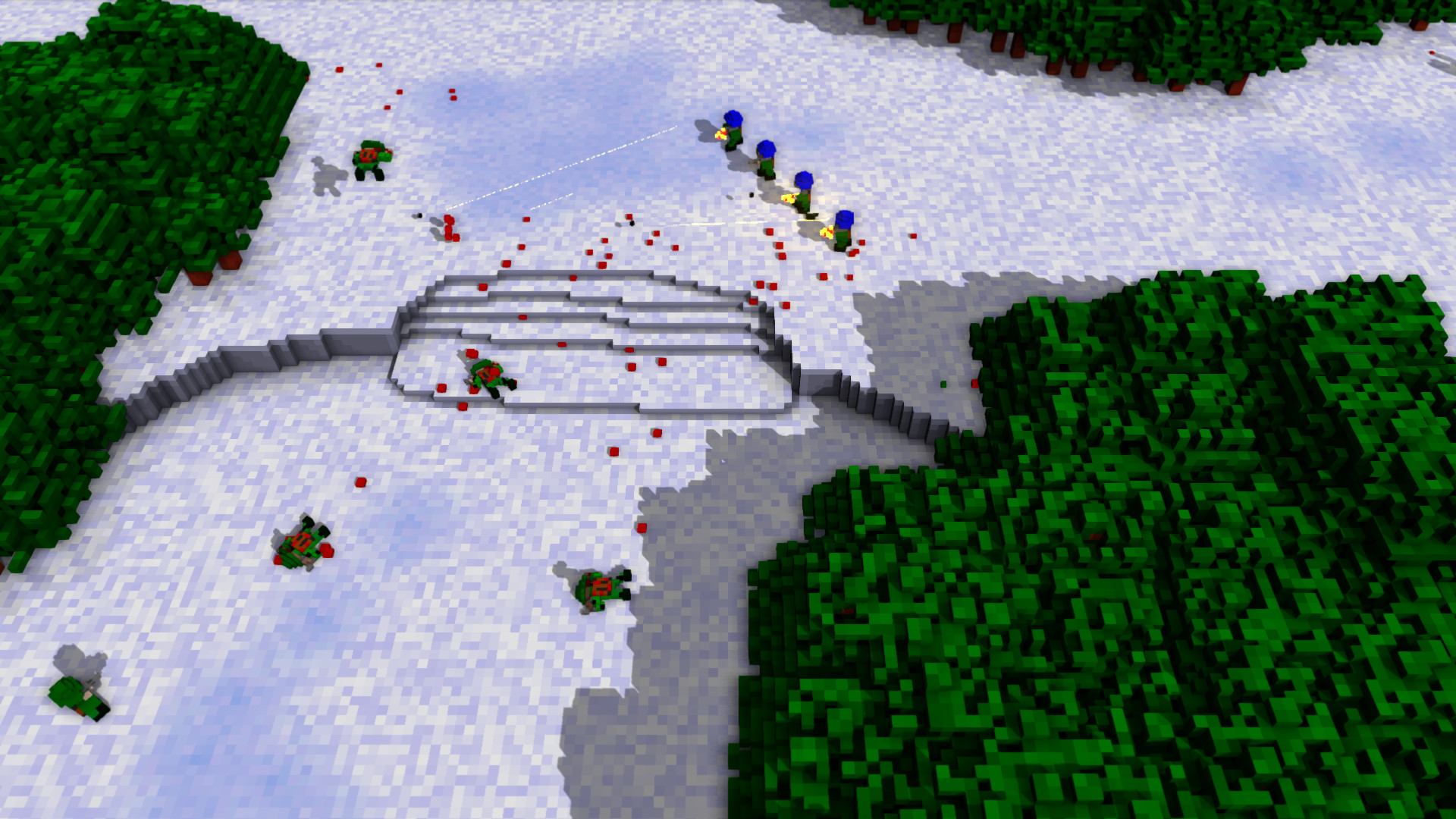 I absolutely love this style of game and the use of the voxel engine is great, especially when you finally get your hands on the ultra satisfying rocket launcher. Currently in open-alpha and set to feature over 50 single-player missions as well as co-op play and multiplayer, this is one to watch.

The sheer size of the Bring Your Own Computer (BYOC) area 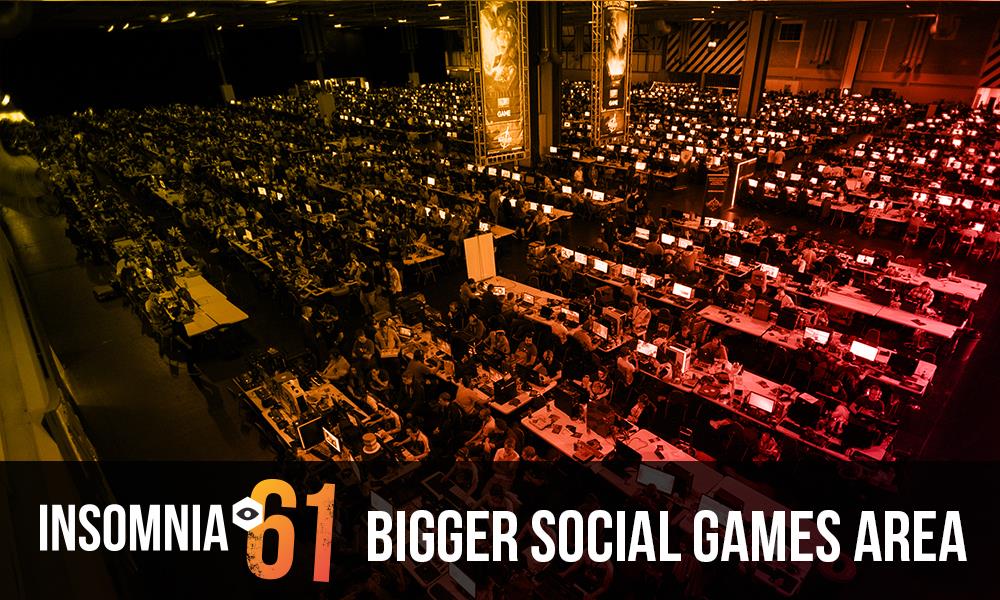 Look at it. Look how many people are crammed in there doing all the good LAN stuff. I felt a little bit left out to tell the truth. (Photo courtesy of Insomnia Gaming Festival)

My initial interaction with Blockships was that moment when you walk past a stand and there’s one controller left but you’re not sure whether to jump in. I’m glad I did. Described by the creator as the ‘illegitimate love child of Space Invaders and Tetris’, Blockships is a great idea and potentially a couch multiplayer classic.

Four players start off in opposing corners of an arena filled with spaceship parts and race to build a ship and be the last one standing. You can choose from boosters (which increase your speed), engines (which are vital for powering your ship as you collect more block parts) and guns (which help you wipe out the opposition). Your ship can take on any shape depending on what you collect, making for some frantic improvisation as you dodge bullets to collect that extra engine part you desperately need.

Probably the most polished of all the indie games I played at Insomnia, Elevate is a weird one. It’s a game about getting the neutral ball in the middle of the field and firing it through your opponents goal. Also, everyone has guns and can terraform the stadium at will, which complicates things slightly.

If you’ve played Halo’s Oddball or the Uplink game mode of the most recent Call of Duty titles, you’ve got the core of what Elevate is about. What seperates it is the abilities that can be deployed by each player.

It’s a game that I could see taking off, reminiscent of the first time I played Rocket League. With the potential for a very high skill ceiling and the ease with which it could become an eSport, this is my top pick of the Indie Zone this year. 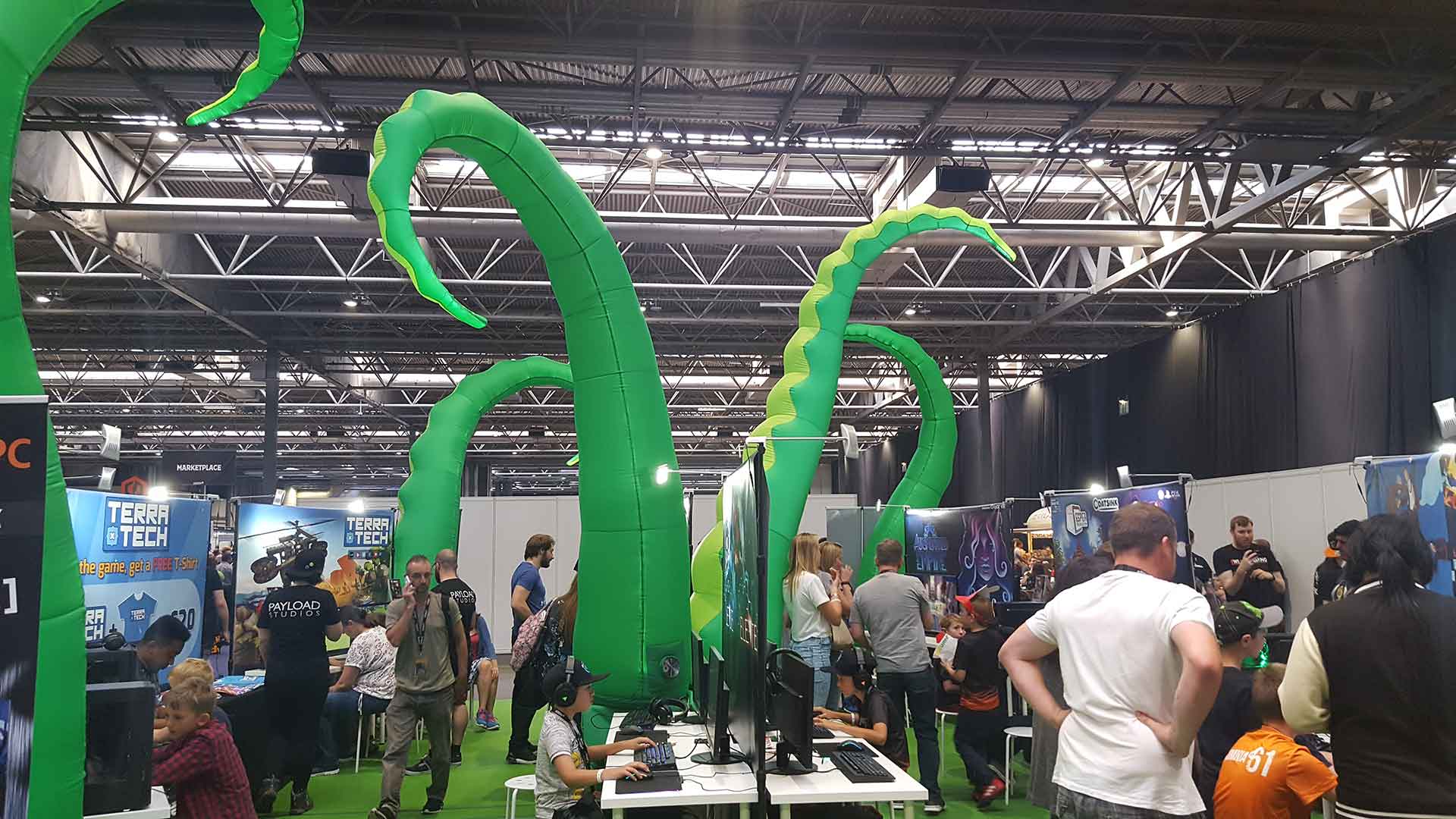 It might seem redundant to go to a gaming festival full of new titles and then end up playing the N64 but that’s what makes the Retro Zone so great.

As one of the fan-favourite features of Insomnia 61, I always take some time out to check the selection of old-school games on offer. From the rhythm section filled with Donkey Kong Jungle Beat and Rock Band to the old school platformers of the NES and Mega Drive, it’s great to take some time out to re-discover a classic, if only briefly.

It’s Call of Duty without jetpacks and perks so if you like being grounded and you like the M1 Garand, you’ll enjoy this. 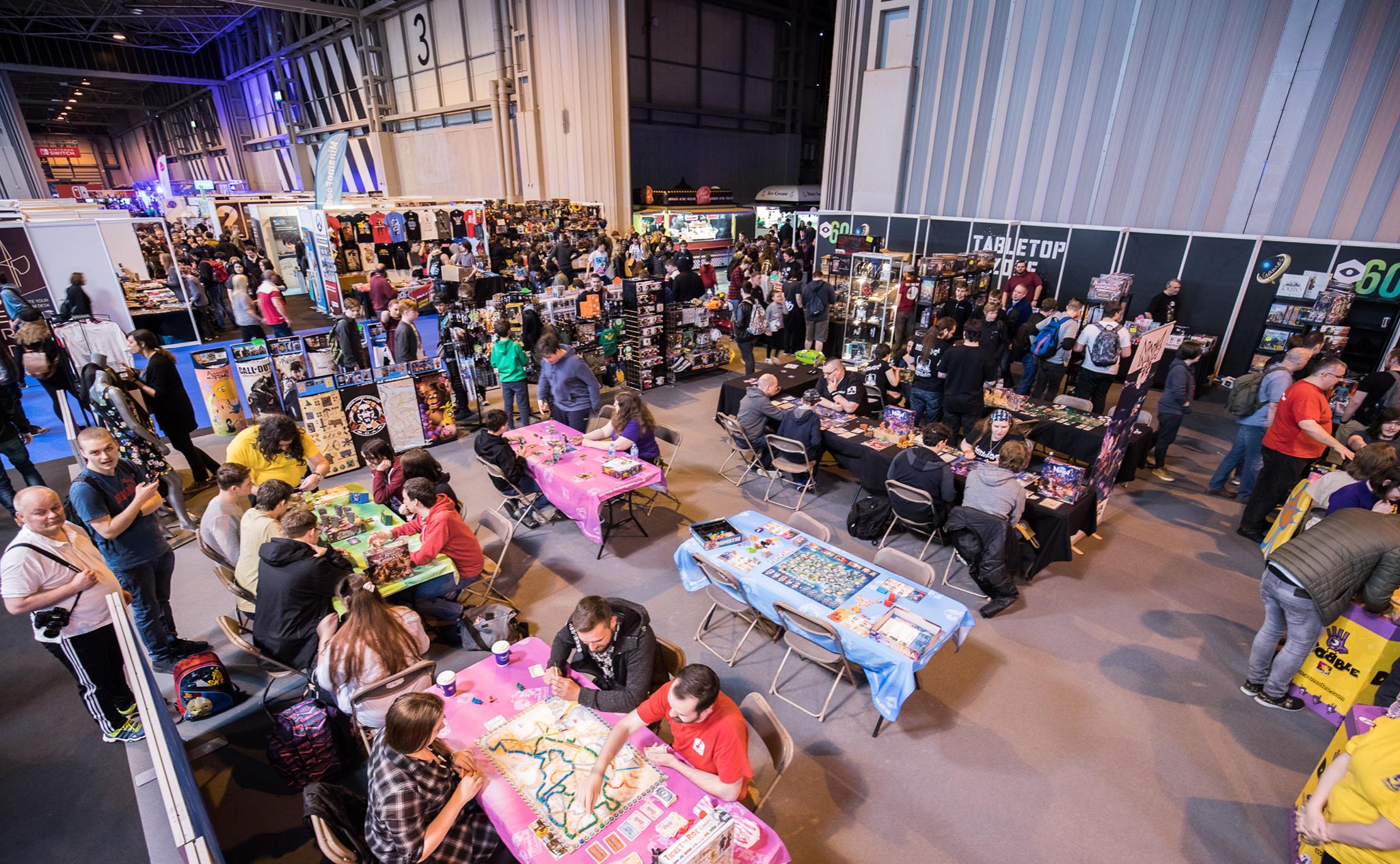 Another area of the festival that is continuing to grow is the Tabletop Zone, where you can find anything from collectible card games to people playing Risk.

If you’re a fan of board games, collecting trading cards or painting miniatures, this area is either heaven or where your bank balance goes to die. Probably a bit of both. (Photo courtesy of Insomnia Gaming Festival)