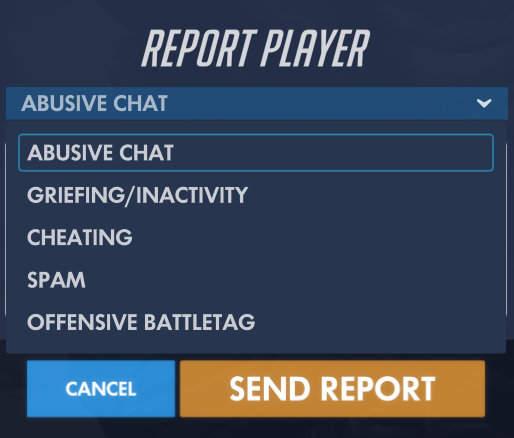 A major issue within the Overwatch community over the last year has been with player toxicity, be it abusive chat, intentionally throwing, or anything else that makes the game less fun for people to play. The reporting system has been a focus of both player and developer alike, and while it was recently improved, it still isn’t doing what the developers hoped it would.

Jeff Kaplan went to the Overwatch forums earlier today to respond to players grievances with the system and outlined short, medium, and long term plans for reporting. A user named Roaming wrote a post arguing the community itself is toxic, and it’s difficult to get through a couple games and not run into a player who deserves to be punished based on the current system. Referencing a popular thread from the day before where Kaplan responded to a player with over 2,000 reports against them, Roaming said if a player with that many reports received only a week long ban, the system isn’t going to help.

Kaplan responded to this, agreeing with the points made. He said it’s one of their primary focuses at the moment, and there is a developer update ready for release soon. In the short term, he wrote, they are re-evaluating every punishment and will be converting silences (chat bans) to suspensions. Suspensions will be longer, and bans will be given more often. Many accounts, he claimed, were recently banned for boosting in Season 5 of competitive.

Medium term, repeat offenders will receive lifetime bans, notably from competitive play. In the upcoming season, the team is going to be a lot more aggressive in disciplining boosting, throwing, or any sort of “SR manipulation.”

Long term, “we really want to work on systems that encourage positive behavior and reward good players.” The team as a whole doesn’t want to have to spend the time and resources to develop a punishment system, as they’d rather reward players with good behavior. Kaplan did not elaborate on what rewarding good players would entail.

Sonic Mania Has Dropped on PC, but DRM Has Fans Upset
Some of the best bits from Insomnia 61 Gaming Festival