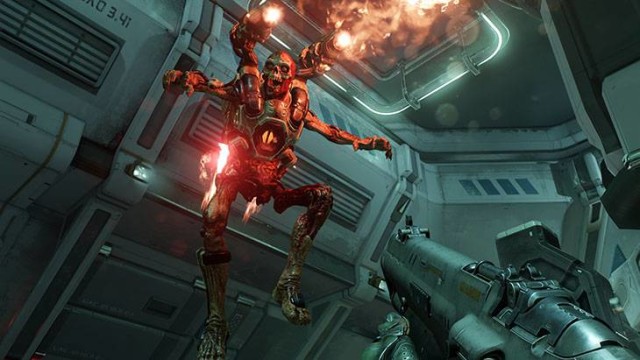 One of the biggest surprises the Nintendo Switch had during its Direct is the fact that the acclaimed game DOOM is going to be ported to the hybrid console. However, many people were concerned about whether or not it will retain the same graphic quality as the major console ports.

When questioned about this by USGamer. A Bethesda spokesperson talked about the features of the Nintendo Switch port of DOOM. “DOOM on Switch is custom-built for the hardware and while graphics won’t be 1:1 with other platforms, the game will deliver the amazing DOOM look and feel that fans are excited to get on Switch.”

We talked about the corners that have to be cut in regards to the new port of the Shooter. However, it seems like the graphics are going to be –while inferior- very good looking in comparison to the HD counterparts. It’s not going to be like Dead Rising: Chop ‘Till you Drop levels of cutting corners either. Cause it seems like it’s going to deliver a full experience while sacrificing the Multiplayer/SnapMap features.

In regards to what’s coming to the new port of DOOM, user Cycu1 on Youtube decided to show a few comparisons between the original PS4 version and the upcoming port on the Hybrid console. As you can see, the differences between the two are crystal clear. Since a few textures had to be reworked in order to be handled properly by the Nintendo Switch.

Not to mention, there’s also a somewhat bothersome blurry effect (To lower graphic intensity) to objects at a distance. Which might tick off some people as well, but I’m sure it won’t take off from the experience either. Now, the biggest concern for the fans of DOOM and upcoming players is the framerate. For a lot of people (Myself included) the optimal gaming experience for shooters is 60 FPS. Could the Nintendo Switch be capable of replicating this speed? We’ll know this Holiday.