An Analysis of the Game Awards Death Stranding Trailer 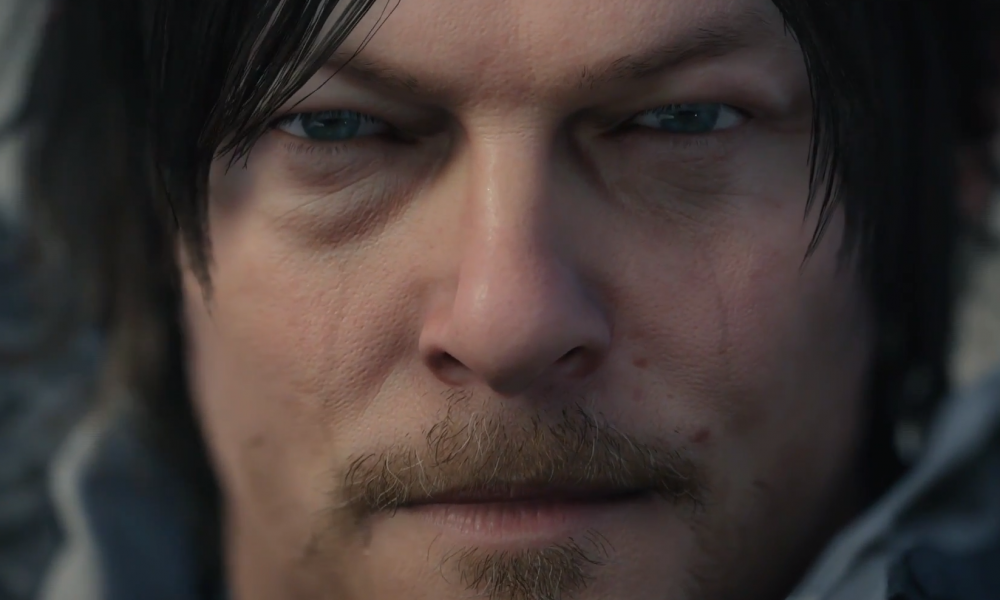 An Analysis of the Game Awards Death Stranding Trailer

It finally happened: The Game Awards gave us the next long-awaited trailer to Hideo Kojima’s Death Stranding. But what can we glean from the trailer? How much of it is symbolism and how much of it hints at game mechanics? Let’s explore, shall we?

We can probably start with the obvious: Norman Reedus (or as one character in the trailer calls him, Sam). He wears clothes identical to those worn by the other characters in the trailer. This implies they’re part of an organization that, given they’re equipped with robots that can detect invisible, eldritch creatures, are clearly are trying to fix whatever’s causing the rules of life, death, and nature to twist over themselves in Death Stranding.

Speaking of invisible creatures, if the trailer is to be believed, they are powerful and Lovecraftian in scope. They can transform the ground into an oily mire, summon oil-soaked corpses from that mire, forcefully age people, and reverse gravity. Odds are if players run into these creatures, they will have to deal with all these problems (and possibly more). Given that any one of these obstacles is a seemingly guaranteed death sentence, stealth will likely play a key role in the game, and the trailer spends a lot of time displaying what players will have to watch out for to avoid certain oily death. The video goes to great lengths to demonstrate that the robots are specifically designed to detect these creatures, but since the trailer shows the creatures leave oily hand prints, dissolve nearby corpses, and are barely visible in heavy rainfall, odds are players will be forced into situations where the robot is either absent or useless.  Luckily, the trailer effectively demonstrates the creatures are blind and deaf and can only detect respiration, which implies breathing will likely be as important a mechanic in Death Stranding as blinking is in SCP: Containment Breach. The trailer also establishes that these creatures, while they actively hunt living humans, lose all interest once their victim dies, which indicates players might encounter bystanders they have to kill to spare them from a fate far worse than death. Of course, since the person who provides the merciful death in the trailer is attacked shortly afterwards, these situations will likely be presented as moral dilemmas: do you risk your own hide to save someone from a gruesome fate or let him or her suffer so you have an easier time finishing an objective that will hopefully solve everything? Knowing Kojima, this will also be an important game mechanic, And before I forget, the non-invisible floating creatures from the end of the first trailer show up again in this trailer, which could be the invisible creatures turned visible (maybe they’re only invisible while hunting and visible while resting). As for the giant creature in the trailer, that’s anyone’s guess. A giant boss? All five creatures combined into one giant Lovecraftian Voltron of oily evil? Symbolism? Your guess is as good as mine here.

Now, let’s talk the confusing aspects of this trailer, and I don’t mean the symbolism — I’m not ready to discuss why a baby is living in Reedus’ lungs just yet. The two most perplexing parts of the trailer are the floating man and the baby that has been a recurring element throughout all the Death Stranding trailers. Given the lack of information, this section will be less analysis and more speculation, but that won’t stop me from trying. Given the floating man’s visually distinct clothes and robot, he is probably the leader or a high-ranking member of Reedus’ organization, but that does not explain why can he float and teleport (or why he points in a fashion similar to Mads Mikkelsen in the second Death Stranding trailer). He could simply be some enigmatic character who will further the plot and make players ask why he has superpowers (those seem to be a running theme in Kojima’s games), or alternatively he represents what Reedus will eventually become in Death Stranding: a superpowered human better equipped to survive in a world where the laws of death don’t apply. As for the baby, it’s clearly important to the plot of the game, but why? The most likely possibility is it’s the antithesis to the invisible creatures and the key to defeating them, but that remains to be seen.

While it’s difficult to analyze intentionally cryptic aspects of the trailer, I was able to find one tiny detail shown in a blink-and-you’ll-miss-it moment that will likely have huge implications in the game. Near the end of the trailer, a car door is emblazoned with the words the words, “Bridges: United Cities of America.” That label could imply the game takes place in a future where America is combined all of its (contiguous) states into one big state. Perhaps (this is me spitballing here, so don’t quote me on this) this new United Cities of America became so obsessed with unity it developed a project to unite humanity that resulted in these invisible creatures, and they’re trying to fulfill the project’s goal and unite everyone…in undeath. Or Bridges could be an organization that wants/wanted to unite America and ended up creating hell on Earth. It would explain why the word “Bridges” is emblazoned on everyone’s clothes in the trailer. 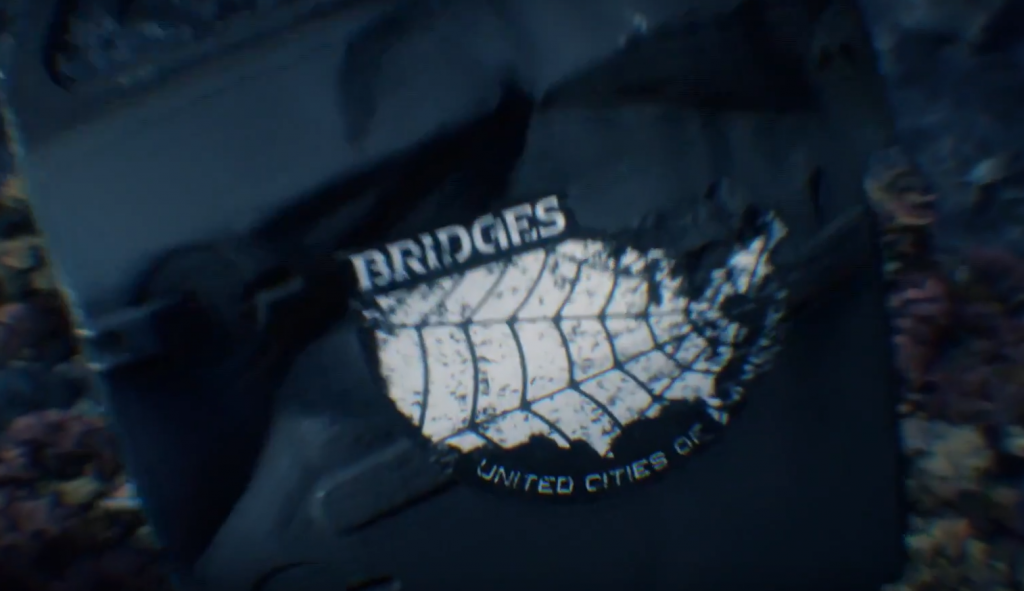 We will have to wait until Death Stranding is released to see how close I am with my analysis. Will the baby be a MacGuffin or a red herring? How much of what the creatures do in the trailer make it into the game and how much is just for show/the sake of hype? One way or another, I am excited to see what Kojima has in store for us with the game, because I don’t have to overanalyze a trailer to know it’s going to be awesome; certainly better than the dumpster fire that will be Metal Gear Survive.