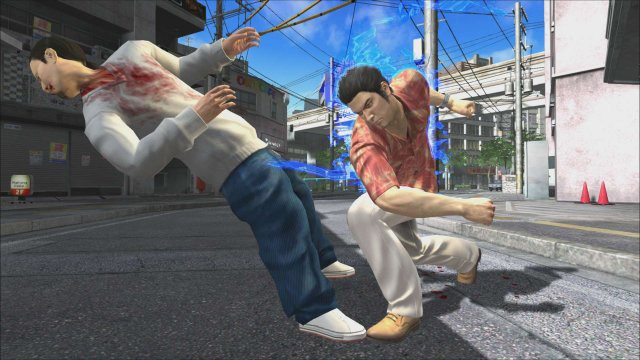 Sega is hard at work on a remaster for Yakuza 3 on PlayStation 4, which is currently slated for release later this year in Japan. Now the company has shared some new screenshots of the game, with this batch of images showing the game’s brutal combat.

Anyone who is familiar with the series will know that combat is one of the main elements of the game, with protagonist Kazuma Kiryu beating countless thugs to a pulp. Things got flashier and flashier as the series progressed, and these screenshots definitely show that. You can take a look at all of them right here.

For those unfamiliar with the game, the following is a product description from the official Amazon page:

“Yakuza 3 is the next cinematic chapter in the prestigious video game saga offering an authentic, gritty and often violent story set in modern day Japan. Following the events of the previous game, Kazuma and Haruka (his adopted daughter) have left Kamurochoto to seek a new life in Okinawa where they manage an orphanage for children. However, their peaceful life is soon interrupted when a series of events unfold pulling Kazuma back into the shadowy past he thought he had left behind. Making its first appearance exclusively on the PlayStation 3 platform, the rich story and vibrant world of Yakuza 3 lets players engage in intense brutal clashes within the streets of Okinawa, and the pulsating and often dangerous city of Tokyo where only the strongest will survive.”

The Yakuza 3 PS4 remaster is set to launch on August 8th in Japan, whereas a release date in other regions has not yet been announced.