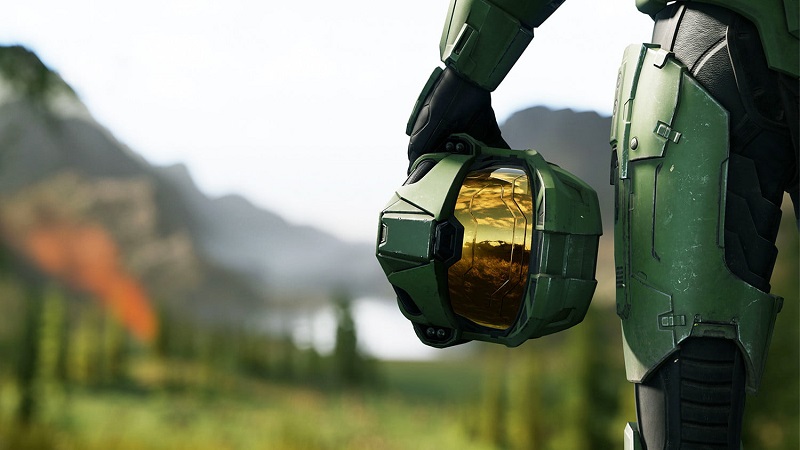 The wait for the next Halo game has been longer than usual, and we still don’t know when it will actually launch. Halo Infinite received a teaser during Microsoft’s E3 2018 press conference, but we still know very little about the game. However, it appears that it won’t be supporting the Xbox Play Anywhere program.

When checking out Microsoft’s official Halo Infinite page, it can be seen that the Xbox Play Anywhere logo cannot be found anywhere. This logo is always there to show that a game that is available on both Xbox One and PC can be played on both platforms by the user by owning just one version of the game.

While it’s possible that this could just be an oversight on Microsoft’s part due to the game being far from launch, it’s worth noting that their other high-profile games do have the logo on their pages. These include the likes of Gears 5 and Forza Horizon 4, which were both announced the same day as Halo Infinite.

It would seem strange of Microsoft to not include this feature, so we’ll have to wait and see if the company makes an announcement clarifying this in the near future.

Halo Infinite is in development for Xbox One and PC, though a release date has not been announced yet. It will be the follow-up to 2015’s Halo 5, which was considered by many to be the low-point of the series. 343 Industries seems to be taking things in a bold new direction with the next installment, and we’ll keep you updated as more information becomes available.

Match-Based FPS The Cycle Announced For PS4, Xbox One & PC
Fallout 76 B.E.T.A. Set One Month Prior To Full Game Launch