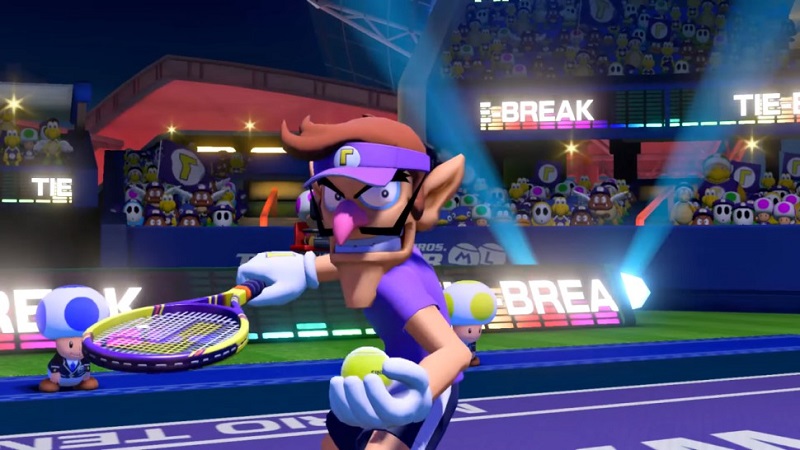 Mario Tennis Aces launched for Switch recently, and has done a solid job of getting the series back on track. Nintendo has been regularly releasing updates to keep the game running smoothly, and now a new one has been released that further tweaks the game’s balancing.

This one tweaks several characters, many of them getting buffs but one in particular getting a big nerf. The character in question is Waluigi, who has been nerfed in several categories. These include the likes of his lunge distance, his speed, and his ability to aim for edges of the sideline. Overall, the character isn’t nearly as intimidating as he used to be.

Bowser Jr. has also been nerfed, which marks the second time that Nintendo has had to put the character in time out. The nerfs this time around include ball return speed, ball return height and more.

As for the characters that got buffed, we have Wario, Toad and Toadette. These include things likes of speed and volley height, resulting in these three now putting up a little more of a fight.