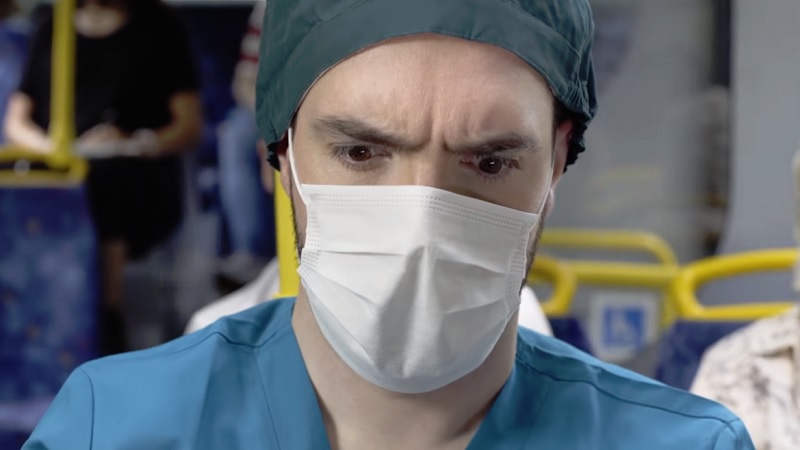 We learned earlier this year that Surgeon Simulator was on its way to Switch via the CPR edition, and today it is finally released. To commemorate the occasion, the developer has released a very funny new trailer for the game that you can see for yourself at the bottom of this post.

Hopefully you aren’t squeamish, as the trailer shows a man dressed as a surgeon playing the game on a bus. The big shock to the people around him, however, is that he’s actually performing an operation and all of the bloody mess that accompanies a procedure is displayed in hilarious detail. Eventually, the woman sitting next to him joins him in co-op play, showing off the game’s co-op mode that is achievable with the two Joy-Con.

“Didn’t fancy seven years at medical school? Skip straight to the operating table with Surgeon Simulator; an over-the-top operation sim, stitching together dastardly dark humour with all the seriousness of life-saving surgery.

Taking on the role of Nigel Burke, a would-be surgeon with a penchant for non-conventional tools, perform critical procedures on patients including The Heavy from TF2, an alien with a truly one-of-a-kind anatomical structure, and the 45th President of the United States of America – yes, Mr Donald J Trump, himself!”

Surgeon Simulator CPR is available now on Switch for $9.99. Be sure to check out the new trailer below.