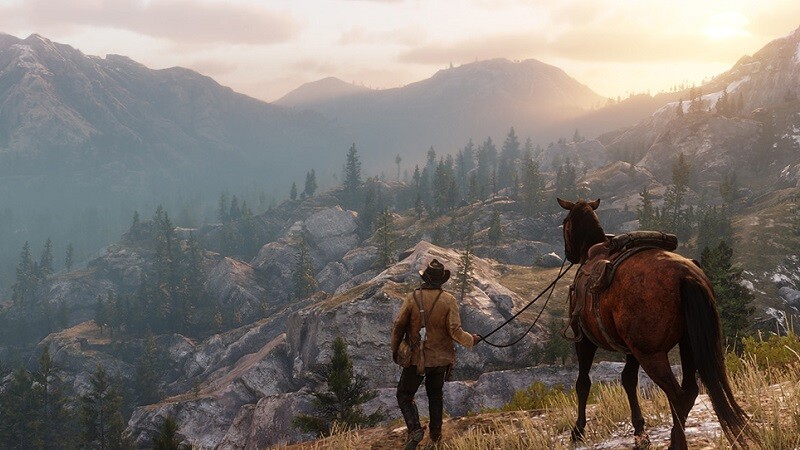 It won’t be much longer until gamers will be able to get their hands on Red Dead Redemption 2, with the highly-anticipated open-world western set to launch later this week. While we’ve received bits and pieces of information straight form Rockstar Games, this latest bit has been unceremoniously leaked online and involves the game’s map.

The game’s complete map has been leaked online by one of the lucky gamers who managed to get their hands on the game early. The map was posted on the game’s official subreddit, giving everyone a look at what’s in store. Most of the first game’s map is included in this one, as well as plenty of brand new areas to check out. This game is a prequel to the first game, so familiar locations will undoubtedly look different given the time difference.

You can tell just by looking at the map that it’s going to be a massive game, though this comes as no surprise considering the information we’ve received up to this point. We’ve learned that the download file size is around 100 GB for each version of the game, and that it will be released on two discs.

Red Dead Redemption 2 will launch for PlayStation 4 and Xbox One on October 26th. The game’s developer found itself in hot water recently, as reports surfaced suggesting that many of the dev’s employees were working 100-hour weeks. The dev had to then come out and assure everyone that they don’t force anyone to work overtime, and that those who did work these hours did so voluntarily.