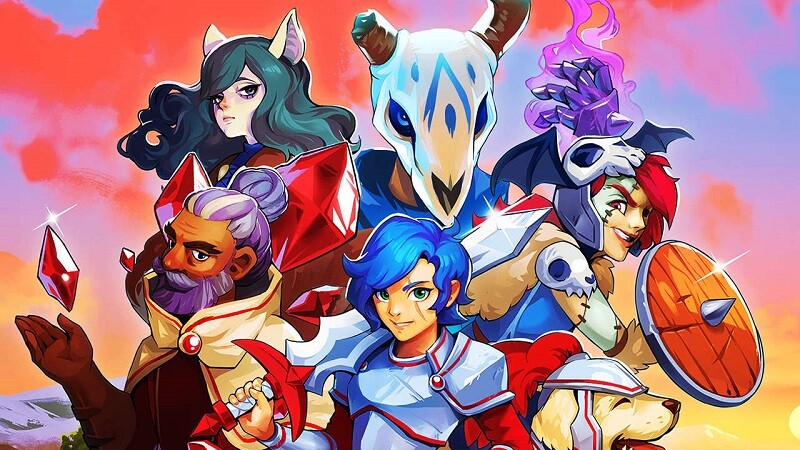 The indie strategy game from Chucklefish, Wargroove, released at the beginning of this month, and the response so far has been positive. The game’s charming characters and visuals are expected of Chucklefish, though the game also puts up quite a bit of challenge. If you’re struggling with the game we have some cheats for you.

These cheats come courtesy of cheathappens.com, though there are only a handful to pick from. Nevertheless, they should make your life a lot easier. The following is the complete cheat trainer:

For those unfamiliar with the game, the following is an overview form the official Steam page:

A vibrant cast of 12+ characters! – Commanders are at the heart of Wargroove – each with their own distinct personalities and motivations.

Campaign Mode! – Follow the story of a fresh-faced and inexperienced young Queen on a quest against unworldly forces. Told through animated pixel art cut-scenes and dynamic battles.

Unique ultimate moves! – Commanders can use a special move called a ‘Groove’, activated only when their Groove meter is filled to 100%.

Dynamic Gameplay! – Every Groove is unique to each Commander and changes up the battlefield in an entirely different way.

Advanced editing tools! – The possibilities are endless; from creating your own story-driven missions with sub-quests, plot twists, ambushes, and hidden secrets, to easily changing the rules of the game without any mods or external tools.

Online Play! – Send your units to victory in both local and online multiplayer skirmish battles, with competitive and co-op play, as well as complete rule customisation.

Arcade Mode! – Learn more about each character you encounter through a trial of boisterous bouts in Arcade mode, where you’ll fight 5 different opponents in quick succession.

Puzzle Mode! – Outwit the enemy in Puzzle mode, using all of the strategic skills in your arsenal. Take on a series of tricky challenges where the goal is to win in just ONE turn.

Secrets and Unlockables! – Earn stars to unlock special content. You might even stumble across some hidden game features – old school style!

Wargroove is available now on PC, Xbox One and Nintendo Switch, with the PS4 release set to happen at some point later this year. The game has only been out for a few days, but the consensus from user reviews on Steam is currently sitting at “Very Positive” with over 600 reviews.