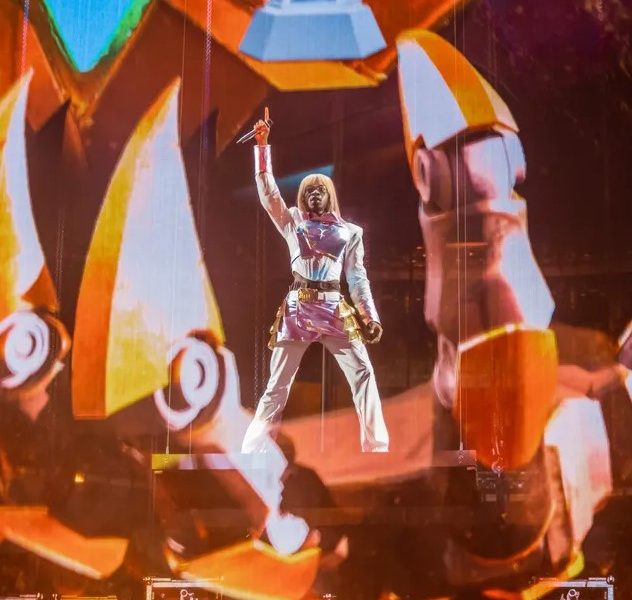 Lil Nas X, a popular musician, appeared to be lifted into the air during the closing seconds of the 2022 League of Legends World Championship opening ceremonies as a championship trophy hovered around him. It was a stunning demonstration of technological prowess and aesthetic vision, which is also why Riot esports’ creative director Carrie Dunn has been feeling a little anxious lately. There is tension involved, she claims, “every time you hoist a cultural superstar in the air for your finale.”

The Worlds tournament, where two teams compete against one another for a chance to win the championship trophy, is the pinnacle of League’s competitive year. The renowned Lee “Faker” Sang-hyeok, also known as the fantastic moniker the “unkillable demon king,” returned this year with his squad T1 to compete against fellow Korean team DRX. Even while the games themselves are entertaining, the opening ceremony frequently outshines them.

Riot, the company that created League, has already used holograms and augmented reality for its live events. The crew has had to get a little more inventive in recent years due to limits brought on by COVID. Last year ditched a live event entirely in favor of a massive music video associated with the debut of Arcane on Netflix, while 2020 included a mixed reality stage to make the audience-free competition feel more intense.

The crew intended to provide a spectacle that would appeal to viewers at home as well as those in the audience this year because the Chase Center in San Francisco was expected to be packed. Because AR only works well when you’re staring at a screen, that ruled it out. Instead, they made the decision to make use of a variety of technologies, including a big ground-level jumbotron-style display and a stage covered in thousands of LED panels. The incredibly large holograms, though, are undoubtedly the highlight.

Riot used a 3D Holonet in 2019, which is essentially a sophisticated gauze that can be projected images onto to provide a holographic illusion. The fictitious hip-hop group True Damage was able to take the stage in Paris thanks to this. The crew is employing the same equipment this year, but on a far greater scale. They were able to pull off the impressive mech moment thanks to three Holonet panels that can reach heights of 48 feet.

But it was also used in far simpler and more nuanced situations. During the opening ceremony, Pyke, a member of the League, made an appearance and appeared to employ his signature maneuver, the “bone skewer,” to draw a real person toward him. A hologram was used to bring Pyke to life, precise lighting cues were used to create the illusion of movement, and numerous performers were needed to execute the lighting cues flawlessly. Executive producer Nick Troop says, “The technical intricacy and ambition this year is, in my experience, a new peak.”