The Hadouken Fest is Back and Better than Ever! 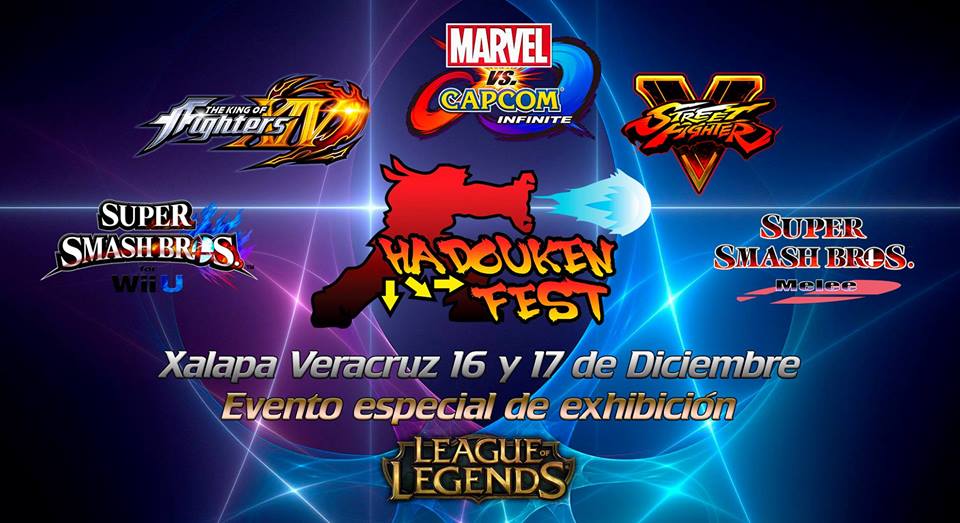 The Hadouken Fest is Back and Better than Ever!

Major Fighting Game Tournament, the Hadouken Fest has returned and become much better than ever. With the rising popularity of eSports all over the world, Mexico is one of the most prominent regions for popular gaming events. The Smash Factor and Gamelta Games Celebration are the first events that come to mind. However, a new one has joined the ranks last year, and it was the Hadouken Fest.

The second edition of the successful Hadouken Fest will celebrate competitive games on December 16. However, this time it’s not going to be limited to fighting games. This time we’ll even have a MOBA appearing alongside the heavy hitter fighting games, which make for a broader competition.

The main event games will consist of the following titles:

The Side-Tournament games will also have some explosive action as well, including games like:

But what about the MOBA game? Well, the prospect will be none other than the popular game League of Legends. The LoL tournament will have a 5v5 setting with a final event live on-stage of the Hadouken Fest venue. Sporting a total prize pool of $8,000 Pesos (Roughly $421 USD). Sponsored by the folks at eSports Veracruz.

Every main event will have a guaranteed $6000 pesos (Roughly $316.15 USD) Prize Pool distributed along Top 3 participants. Of course, the Prize Pool will increase the more people sign up to the event in any of the categories.

The Hadouken Fest will be celebrated on the Athenas Convention Center in Xalapa, Veracruz, Mexico. A beautiful venue that will offer the greatest experience for eSports gaming and hype.

The gaming tournament will also be sponsored by Benq, SNK-PLAYMORE, Hydra Pro Gaming, Logitech, TotalPlay and GEEX, along other sponsors. The event promises to be an experience to match that of much bigger tournaments, and as more people join. The dream will become even bigger and better for eSports players.