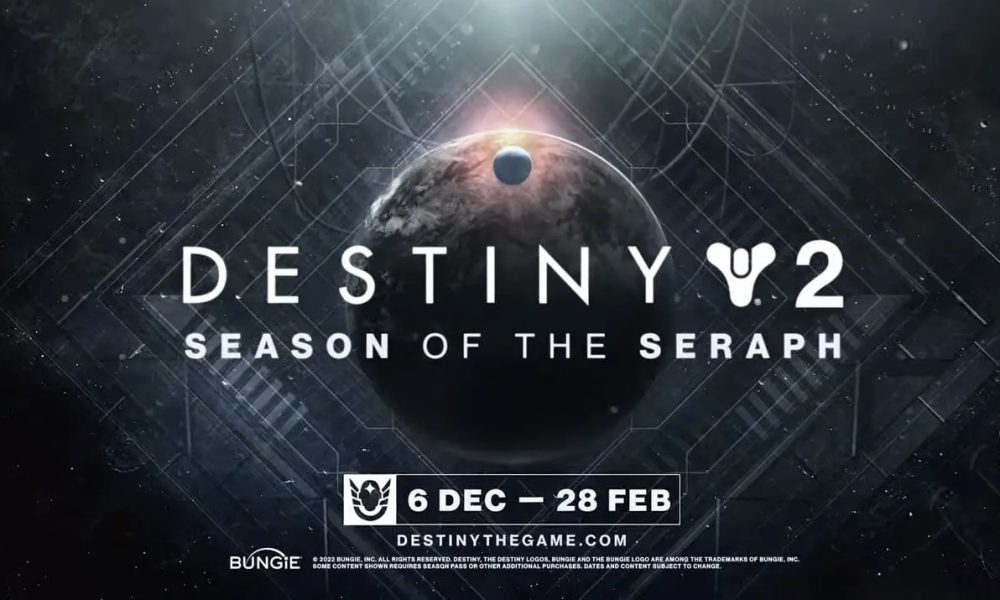 Season of the Seraph, the newest season of Destiny 2 content from Bungie, debuts today on PS5, PS4, and Xbox One and lasts through February 28th, 2023. It has everything you’d expect from a Destiny 2 season, such as a brand-new activity, more exotic weaponry, and a new season pass to complete. In the months leading up to Lightfall the following year, numerous new missions will be added to move the plot along. View the trailer up top.

There’s additional information on the Bungie blog: “The network of weaponized satellites owned by Rasputin is being taken over by the Hive God of War. She would unleash its destructive power on the Last City with her in control. The Vanguard has authorized special covert operations using the most cutting-edge weaponry from the Warmind to stop her. These operations are carried out by agents known as Seraphs.”

You will receive the Grand Overture, an Exotic Machine Gun, as part of the premium Season Pass, and Heist Battlegrounds will be the new matchmaking activity. Throughout the season, there will also be unique assignments to look forward to.