Pokemon Go Update Will Bring In Monsters from Gold and Silver 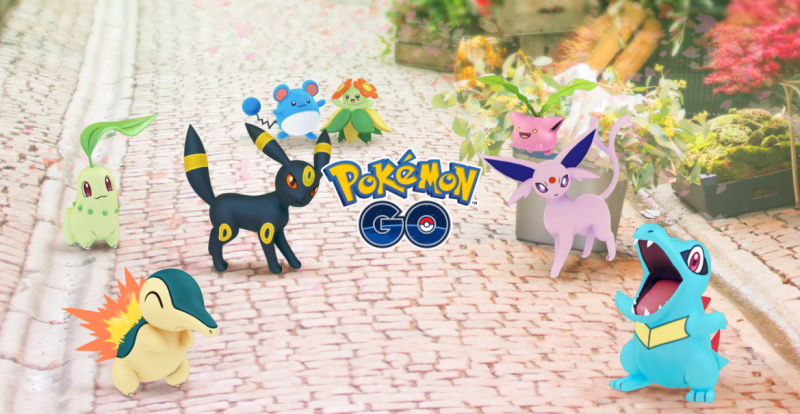 Featured Image courtesy of Kotaku.com
Pokemon Go Update Will Bring In Monsters from Gold and Silver

It’s exciting news for Pokemon Go fans. The GPS-based game turned out to be one of the largest mobile games ever, capturing a wide audience with way more players than the developer had anticipated. The small team at Niantic was left scrambling as they worked quickly to keep servers online and a growing customer base happy. While Niantic was busy putting out the fires, the game stagnated a bit and there haven’t really been huge content updates. The Pokemon Go craze may have passed for many gamers. I know I personally haven’t launched the app in weeks, but I may have reason to soon as the team has announced the addition of 80 new Pokemon from Pokemon Gold and Silver.

The Pokemon from Gold and Silver will be encountered just how all the other Pokemon are found: By getting out there and using the app in different parts of your community. The update also includes new mechanics not currently present in Pokemon Go, such as expanded outfits, evolution items, and berries. Kotaku posted an update on what we can expect that is also listed here below:

“While catching Pokémon, Trainers can use two new Berries—the Nanab Berry, which slows a Pokémon’s movements, and the Pinap Berry, which doubles the amount of Candy received if the next catch attempt succeeds. Trainers will also be able to customize their avatar’s appearance with a new selection of hats, shirts, pants, and other items. Additional items will be available for purchase from the in-game Pokémon GO shop.”

There are more than 80 Pokemon available in the Johto region, so we’re not really sure what monsters we can expect. We do know that the game will feature the new starters Chikorita, Cyndaquil, and Totodile as well as evolutions for base game Pokemon that were only released in the second generation (like Slowking, Crobat, Blissey, and Steelix). It’s likely we won’t see legendary Pokemon with this update as we haven’t even seen Mewtwo yet, but there are some really cool Pokemon to draw from for the 80 new monsters we can expect. Check out the trailer for the update below.