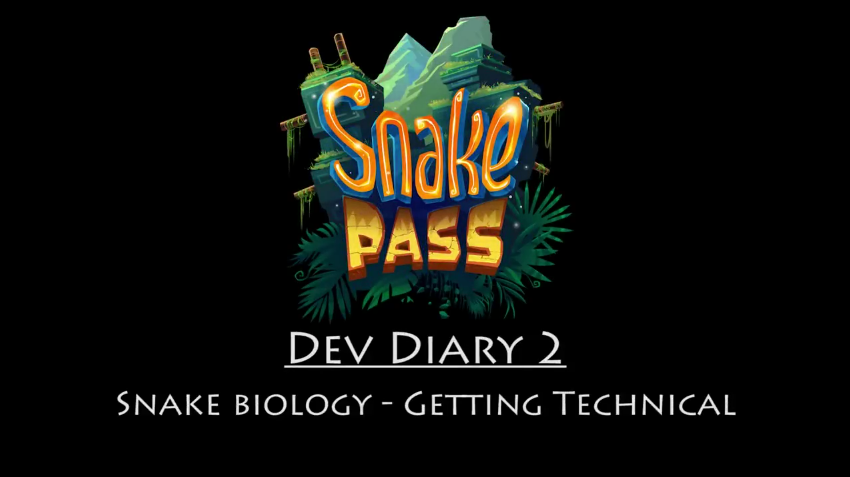 The second developer diary for Sumo Digital’s Snake Pass has hit the internet today. You’d be hard pressed to find a better snake video game than Snake Pass. Everything up until now shows it will be a colorful platformer that hearkens back to the 90s. Today’s newly released video focuses on our titular hero, Snake, and how he came to be through the game mechanics.

Turns out it wasn’t a simple process for an apparent simple game. Getting Snake to move was more or less a difficult process. Originally, the developers programmed Snake to move like a centipede. You’d simply go left, right, forward, and one step would follow another. Let’s just say it didn’t work and Sumo Digital went to focusing on actual and believable snake movement.

In total Snake has thirty five capsules that make up his coded body. They’re all chained together and react to his movement as separate entities. This will contribute to the snake-like movement alongside whatever surface type you’re on. Whether it’s stone, grass, or water, there will be a traction/friction value attached. Specifically, the grass is inspired from Donkey Kong and Sonic games of old. This foliage is taken from Unreal Engine 4 thanks to its beauty and physics. You can view the full details by Sumo Digital in the video below.

Snake Pass will launch on PlayStation 4, Xbox One, Nintendo Switch, and PC on March 28th in North America and March 29th in Europe. It will cost $19.99/€19.99/£15.99. Let us know in the comments if you’re looking forward to this colorful platformer or are you more of a Yooka-Laylee kind of person?