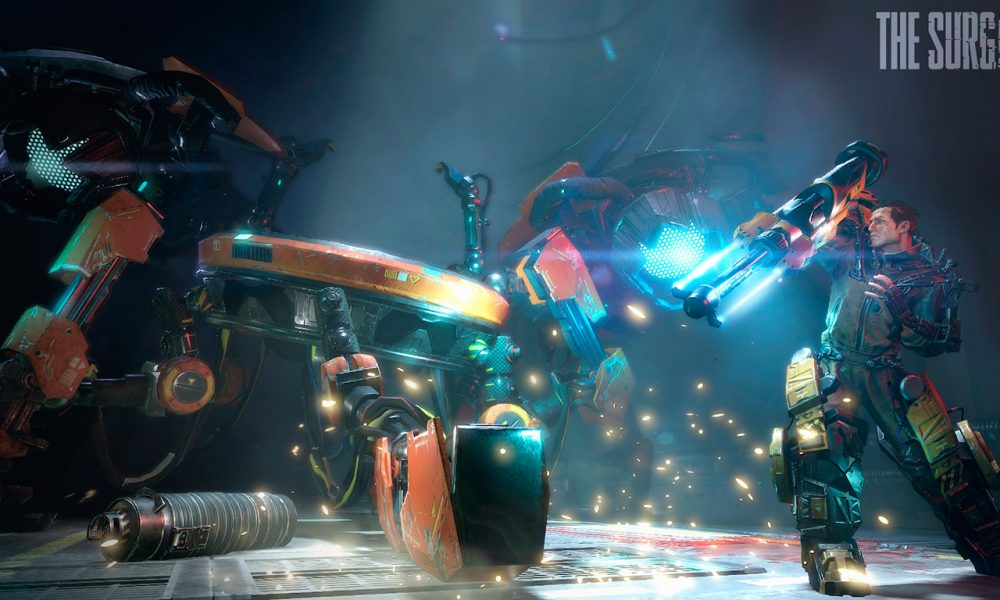 Slash And Take Your Enemies Parts This May 16th

Focus Home and Deck 13’s The Surge: a vision of a “grim vision of the future”, has a release date set. The game is a mix of “Souls Series” and “System Shock” elements and was shown on a few occasions since its 2015 reveal. The latest trailer has a cinematic presentation and confirms the launch date of May 16.

The Surge’s story takes place in the future, where you are doing grunt work for the mega corporation “Creo”. One day a catastrophic event knocked you out. And when you come to you are, equipped with an exoskeleton, in a section of the complex that is in ruin. Robots have gone haywire, insane co-workers and rogue AI, all things that want you dead.

The game has a Soul’s like combat, with a focus on precise slashing. Since a main part of the game is to grab whatever you slice off and stick it your exoskeleton for personal use. And of course, there will be looting, crafting, implants. As well as a variety of enemies, ranging from small fast robots to giant mechs of destruction. As you would expect from a “sci-fi Souls” game.

And since we have a release date, we also have pre-orders, with pre-order bonuses. Pre-ordering the game will grant you 3 upgrades. THE CREO PS01 LIMITED RIG (a special variant of the exoskeleton).A Mechanized counterweight V.0.9 implant: a physical damage booster and a secret finding implant called “DOWSING OS PROXIMITY SENSOR”

The game is set for release on May 16th.