Why I’m Not Too Worried About Mass Effect: Andromeda’s Character Model Problem 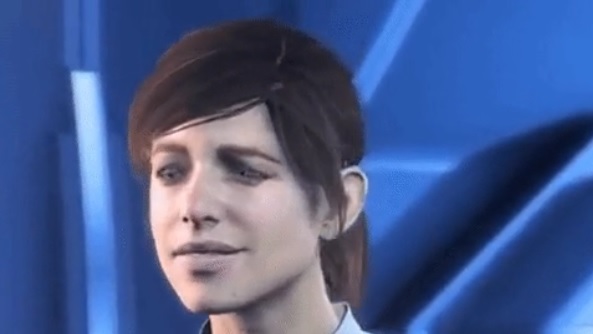 Why I’m Not Too Worried About Mass Effect: Andromeda’s Character Model Problem

The entire internet has seen it and it can’t really be disputed, because Mass Effect: Andromeda’s character model issues have caused quite a ruckus. Many a reviewer or EA Access member has already played at least ten hours in the upcoming sci-fi, space opera RPG that drops next Tuesday, March 21st. In those early playtimes, a whole host of pictures, GIFs, and comparisons have been made on Andromeda’s character model design and believability. They’ve been stiff, unrealistic, and downright cheesy that inspired newly running memes going around the internet. I’ll be honest and say that everyone’s created Ryder acts like they peeled someone else’s face off, put it over their own, and tried talking. Texas Chainsaw Massacre: Andromeda. However, as disappointing as this series of events can be, I’m not worried it will impact the overall experience to the latest Mass Effect.

First, I feel I have to mention the still on-going obsession over graphics. Yes, we’re in another generation of systems. Yes, the Mass Effect series has always been a pretty piece of art. Yes, AAA RPGs usually have excellent graphics in order to bring its world to life. As a gamer I get that. Maybe I even agree with the claim that Mass Effect 1’s animations were better than what we’ve seen so far of Andromeda. Unfortunately, my agreement and complacency ends there.

This series is and has been so much more than the technical side of things. Mass Effect 2 in particular brought about amazing storytelling, character interactions, lore building, and a giant galaxy to explore that gives many titles a run for their money today. Sure, the character animations may take me out of the moment during a conversation (that I can dictate the dialogue no less), but this will in no way effect my enjoyment level of the overall experience (gameplay, story, and exploring the world around me). If I were to professionally review Mass Effect: Andromeda, would it lose points for the aforementioned issues? Of course. It’s just that they’re not the entire offer on the table. 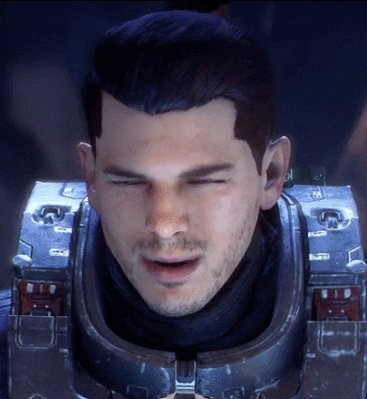 Also, who doesn’t want to imagine their Ryder is a descendant of the Texas Chainsaw Massacre family and wants to create new terror in a different galaxy? In all seriousness, outside of cutscenes and dialogue exchanges these problems will be either minimal or moot. Will I be worried what my Ryder’s face is doing when I’m blasting away at The Kett? Hell no. Will I wonder what part of my Ryder’s lips are perfectly synced when I’m exploring an Ancient Vault on a desolate planet? Nope. Will I worry what Ryder does in a more “intimate” moment with the love interest of my choice? OK, maybe but I’d be laughing way more than be disappointed.

This would have been the part where I mentioned that Bioware should get the benefit of the doubt. You know with the character creation feature and all? All the different facial structures would sure to cause some dip in quality. Sadly, I did some digging and found the character creator was a little disappointing. More presets, more focus on makeup (for whatever reason), and inability to chisel out some parts of the face. The more I think about it though, the more this proves my point. Andromeda is so much larger then just Ryder, his/her appearance, and the faults with their expressions. This is about a brand new journey in a different galaxy after many thought the battle against the Reapers was a lost cause. There’s tons of places to explore, many things to shoot, nice ways to customize your playstyle, and much more. Technical problems with animations and character model expressions are just a small fault in something much greater.

Now before you assume I’m a Mass Effect fanboy blind to Bioware’s charms (yes because I know you internet), understand this. I was a partial creator and supporter of the Indoctrination theory for Mass Effect 3’s horrible ending. To this day, I still weep over what that last twenty minutes did to the previous hundred hours of gameplay. I was upset just like anyone else and refused to let Shepard’s story end like that. So I have just as much reason as anyone else to be annoyed at Bioware. Still after some time has passed one thing has been made clear. The botched ending is just like the character model problems. They’re just a small piece of something much greater in the grand scheme of Mass Effect. Plus, something corny about it being about the adventure and not the destination and all that.