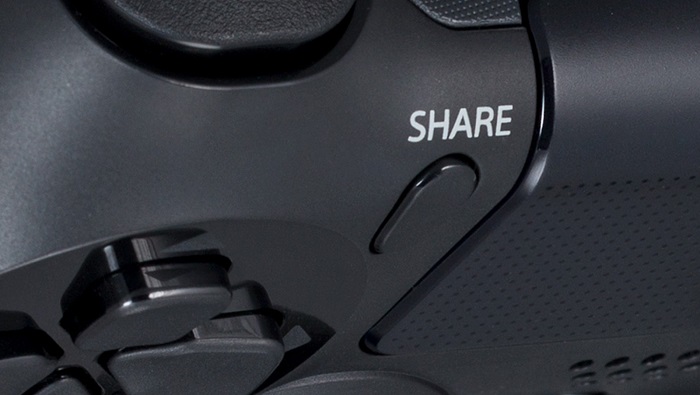 The PlayStation 4 share button. A novel concept and a great idea by Sony and the PlayStation division. Revealed at a time before their latest system even released in an effort to be more open and accessible to developers and gamers alike. Meanwhile, Microsoft was busy digging a huge hole with their always online policy and DRM. Things were looking good for the PS4 in its goal to be as inclusive as possible and for awhile it was. Until the fire nation attacked…err…I mean until devs and publishers started disabling parts of the feature or doing away with it outright. This has been going on longer than I’d like to admit, but the revelation that Persona 5 shuts down the button is the last straw.

Let’s quickly say you’ve been living under a rock. The PS4 share button effectively took up the position of the select button. It allows gamers to easily and conveniently take screenshots, record video, upload said video, and even livestream. It makes things a heck of a lot easier for streamers/Youtubers and everyday gamers alike. Want to share that cool moment with friends on Facebook? Done! Came across a rare and awesome thing in a game and want to be the first to upload it to Youtube? Done! For many, this meant they didn’t have to tinker with game capture cards, hardware, or video editing software.

Unfortunately, greed, dumb laws, or misplaced want to do right got in the way of this. Full disclosure, I’m a Youtuber who utilizes the PS4 share button a lot and for the reasons mentioned above. It’s a part of my living and I create guides, tips, funny moments, and everything else that falls into fair use. I also use to have a Hauppauge and currently own an Elgato (two video game recording boxes). You can probably already see my first point. One of the reasons the share button has been disabled in parts of games like Resident Evil 7 and Final Fantasy XV is to prevent the less cultured people from capturing spoilers and spreading them around the internet.

While noble, this doesn’t really solve the problem and only burdens and annoys those who would do something appropriate with that footage. You see video game capture cards aren’t rare or complicated anymore. They’re easy to find, purchase, and setup. So if someone really wants to capture footage (while following fair use laws) they will. It just inconveniences us to the point of slight annoyance. After all we have to setup our gear when we find out the share button is disabled, usually after we discover something we want to record and lose it, disable HDCP on our PS4s, and get the capture software running up on our computers again. Again while minor, it seems stupid and trivial that we have to do this in order to get around something that’s easily bypassable.

The second point is publisher greed and would take many paragraphs to properly explain that greed and the relation to fair use. In short, publishers don’t want footage of their game being monetized, regardless of actual content, unless they get their unethical piece of the pie. (Looking at you Nintendo.) Luckily, fair use stipulations protect us content and video creators. Someone can create a video guide, game tips, meaningful commentary on standard gameplay, and more and still have a right to their earnings. Plus, that’s not including the $60 price tag to even gain entry into most video games nowadays. So it’s not like the publishers are being robbed of money. Many games sell incredibly well and are profitable regardless of what monetized videos there are online. To name a few: Minecraft, Mass Effect 3, Resident Evil 7, Borderlands 2, Horizon Zero Dawn, Halo, Call of Duty, Battlefield, and many many more. So people, cap your greed at some point and leave the Youtuber making pocket change compared to you alone.

Lastly, and my oh so favorite, are certain laws that publishers hide behind. (This time I’m eyeballing you Bandai Namco.) Incredibly long and complicated story short, there are Japanese copyright laws that aim to protect Japanese art and music. Essentially, it can’t be replicated outside of that country for any type of compensation. You see the problem right? Video games have both wonderful art and music. This causes our interactive entertainment and the disabling of the PS4 share button to be entwined with this snafu. In fact, it’s the reason I refuse to play the Tales of series anymore because they’re seemingly adamant pride of negating the aforementioned button for large portions, if not all, of their games. Needless to say, the superfluous laws are easily navigated around with the video game capture software/hardware I mentioned earlier. Naturally, someone shouldn’t be straight ripping songs (in the same way they would with bootlegging video games) to sell en masse. That’s where you copyright division and lawyers come into play.

As I mentioned, many Youtubers will follow fair use laws. Trying to disable the share button, for whatever reason, will hurt those trying to make a proper living. Hell, they’re probably being screwed by Youtube content ID system anyway. So they’ve got enough to worry about. Gamers shouldn’t be punished because of outdated beliefs, corporate greed, or misplaced sense of justice. Elgatos, Hauppauges, and many other capture devices are freely available to circumvent everything the PS4 share button can be disabled for. Plus, sometimes everyday gamers just want to share a quick piece of footage to their Facebook wall and revel in it with friends. Now regarding Youtubers being racist, sexist, bigoted, inappropriate Nazis with their content is another subject entirely.