StarBlood Arena Launch Trailer Shows Us All the Pilots and Ships 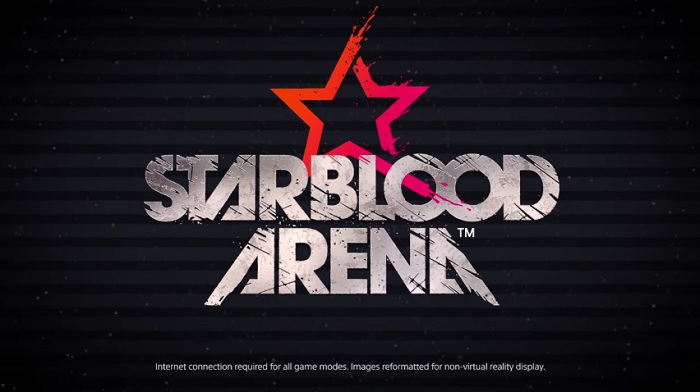 StarBlood Arena Launch Trailer Shows Us All the Pilots and Ships

If you’ve read my previous articles, you’ll know that StarBlood Arena is the most recent of PlayStation VR titles I’m looking forward too. My hope is that it recaptures the magic of RIGS: Mechanized Combat League without the developers getting laid off. After all it’s been advertised and shown as a fun arena combat shooter. That trend continues with its recent launch trailer ahead of tomorrow’s release. The video goes over all the different pilots and ships gamers will be able to choose from and reveals some of the finer details.

Alice has a bombardier playstyle with a close-medium range. Her ship, the Bombshell, has flack cannons, grenade launchers, micro-nuke launcher, and a missile barrage capability.

The Baron is a dreadnaught with medium range. His Deathbringer weapons consist of ion repeaters, electron busts, EMP missiles, and a deathbeam.

Buck is the berserker with his ship, the Juggernaut. It has bullet-throwers, forward shields, chain railguns, and replay rounds.

Appolonia is a strict close-range hunter with the Falconer. The mech features a scattergun, a deploy system, a goddamn harpoon launcher, and an energy cage.

Blade appears to be a dinosaur assassin. His Raptor ship has plasma launchers, wing blades, swarm missiles, and something called black death.

Dregg is the long range sniper with his Dead-Eye. Naturally, this one has mass-driver cannons, skirmish guns, singularity missiles, and a ghost gun.

Elsa is a soldier with medium-long range. Her Mandible comes with inferno guns, thermic lances, streak missiles, and a hyper cannon. Also, she sounds like a female Genji.

Gundo is a brain. No really, that’s what he is. He pilots the Warbird with proton guns, ion dischargers, nuke missiles, and a shield drain array.

Tik Tak Toh appears to be the comedic relief tank. Their ship, Bastion, has zeta-guns, gauss cannons, nuke launchers, and a reflect shield.

These mini-descriptions can’t do them justice though. Be sure to watch the launch trailer for StarBlood Arena below.

Let’s hope it’s as hectic as it is fun. Old school arena shooters are hard to come by nowadays. Let’s hope StarBlood Arena makes good use of the PlayStation VR. It releases tomorrow and we’ll definitely see you out there. Are you excited for the next big PSVR title? Do you still need a PlayStation VR? Let us know!

Matt DavisJune 17, 2020
Read More
Destiny 2: Yes, There is a Story This Time
The Elder Scrolls Online Make Up This Week’s PlayStation Store Sale