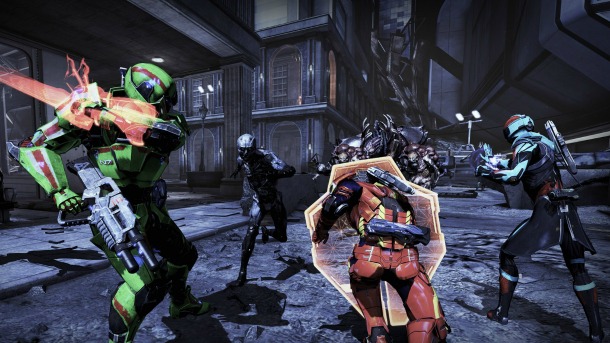 It’s not rare for game companies to celebrate the holidays with special events in their games. Christmas, Halloween, and Easter are represented widely in a large number of titles. It seems Bioware is following this trend with their new entry Mass Effect: Andromeda by adding literal easter eggs into the game’s multiplayer mode.

The easter eggs aren’t totally random decorations, but rather replace the in-game lootboxes during this limited-time event. Veterans of the Mass Effect series shouldn’t be surprised at this inclusion, as Bioware did something similar for easter with Mass Effect 3’s multiplayer. It’s so far not clear whether the event is live worldwide or even if the baskets make an appearance in every match, but regardless it looks like the company has revealed its own special way to celebrate easter in Mass Effect Andromeda.

Similar to “easter eggs” – little fun inclusions in the game that often go undiscovered for quite a long time – this update was rolled out with no announcement. Because there was no announcement of the event, players are left wondering if the easter egg baskets are the only change or if there’s something else added that we haven’t yet discovered.

It’s likely that as the year goes on, the company will further celebrate other Holidays, as there were also special inclusions in Mass Effect 3’s multiplayer for Valentine’s Day, Halloween, and Christmas.

There’s no word on how long the Easter egg event will last for Mass Effect, but it’s a safe bet to expect it to last through the weekend considering Easter is on Sunday.