Injustice 2 Shattered Alliances Part Five Showcases the Mastermind of It All, Braniac 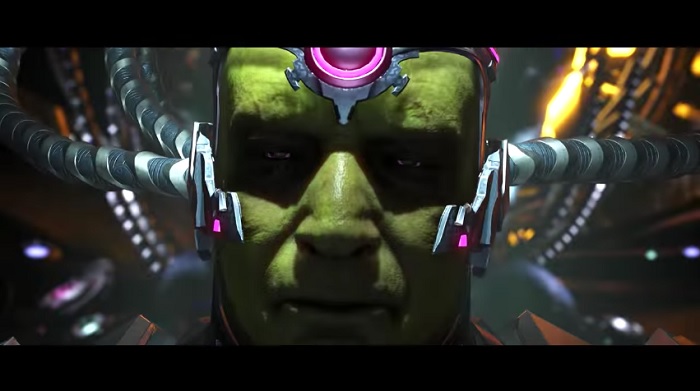 Injustice 2 Shattered Alliances Part Five Showcases the Mastermind of It All, Braniac

Ever since Injustice 2 was first announced we knew that Braniac would fit into the picture post-Superman’s regime. It’s just that up until now we’ve only received videos and footage on the aforementioned regime making a comeback and a new supervillain group. No more according to developer NetherRealm. The Shattered Alliances Part Five trailer showcases the evil Coluan in all his technical glory. We find out why he’s come to Earth, what he wants, and what his goals with the planet are. They’re not conducive to anyone’s plans that’s for sure.

Shattered Alliances Part Five also reveals some Braniac gameplay footage. Although most of it deals with the probes/tentacles on his back. You’ll see quite a few heroes wrapped up in them. Ultimately, the evil Superman is called upon for help in order to destroy a bigger threat and even that may not work out. You can view the new trailer below.

For those that don’t know, in most of the DC universes’ Braniac is a very smart scientist. He hails from the planet Colu where he’s known as Vril Dox. Although nowadays it’s just a bunch of clones and machines based on Vril. He’s been a constant pain in Superman’s side and was powerful enough to give the Justice League a run for their money several times. I’d wager the one presented in Shattered Alliances Part Five is such a clone.

Injustice 2 is being developed by NetherRealm Studios and will release for the PlayStation 4, Xbox One, and PC on May 16th. NetherRealm also worked on Injustice: Gods Among Us which released back in 2013. The events of the first game solely focused on an evil version of the Justice League taking over an alternate Earth. It received mostly positive reviews from critics and fans alike.

Do you think this version of Braniac will be more closely tied to the comics or do you think NetherRealm will take some creative direction with the big bad? Are you a fan of the evil scientist and his many doppelgangers? Let us know in the comments below and don’t hold back!