Super Rude Bear Resurrection: The Twitch Platfomer That Gets Easier When You Die 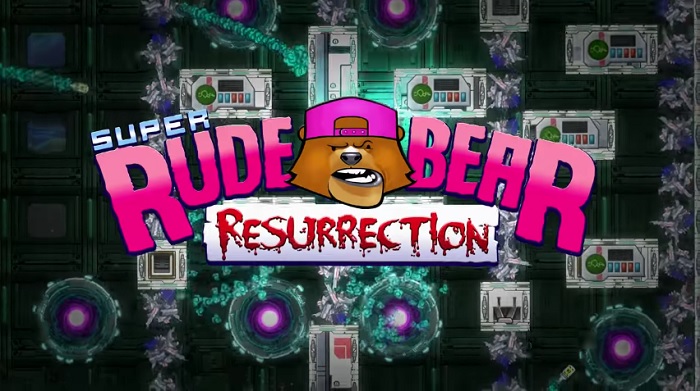 Super Rude Bear Resurrection: The Twitch Platfomer That Gets Easier When You Die

In recent years the mass appeal has favored increased difficulties and challenging mechanics. Dark Souls and Super Meat Boy come to mind, but that’s only naming a select few. Twitch platformers though have grown in popularity these past two gaming generations and Alex Rose Games is looking to capitalize on that. Its creation, Super Rude Bear Resurrection, is an ultra-tight masocore platformer that essentially gets easier when you die.

Now the game itself doesn’t get easier, just your ability to complete it thanks to the dead bodies you leave behind. That’s right, you’ll be able to take cuddly bear corpses and utilize them. When you die your body will stay where it ended up and you can then use it as a platform or a shield. However, the game can be completed without dying at all. You can view the most recent trailer below.

Super Rude Bear Resurrection focuses on the titular hero, a gangsta bear hero from East London, who travels back in time to medieval England to defeat his nemesis, The Wizard. There will be over twelve hours of content from the campaign, bonuses, and other secrets. We assume much dying will be had in that time frame. Additionally, Super Rude Bear Resurrection will feature a seventy three song soundtrack, produced by Deeco, and have a Twitch mode that let’s viewers mess with streamers while they play.

What’s your take on Super Rude Bear Resurrection? Have you played any of the previous entries in the series? Or are you at a complete loss that there’s been over a dozen of these games and you had no idea? (psst…you’re not alone.) Let us know in the comments below.