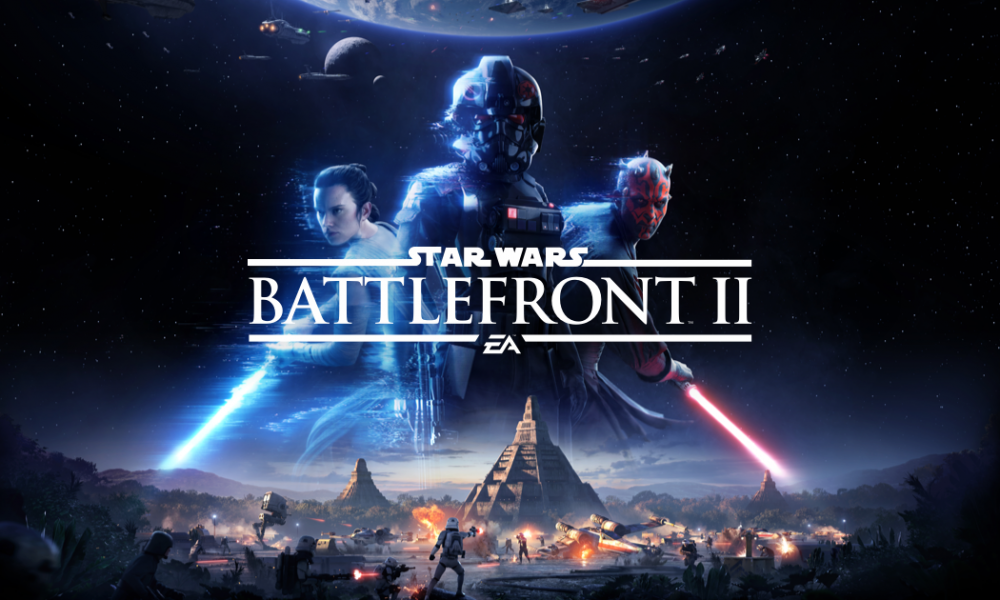 In all seriousness, Battlefront II looks great. It seems to be fixing most of the issues people had with the previous Battlefront back in 2015. They’ve added a single-player campaign, you can now fight in every canonical era in the Star Wars universe, there are now space battles, multiplayer is being “expanded” from its barebones original, and there’s no season pass. All of these additions and changes to the sequel are great and EA and Dice should be commended for listening so closely to the fan base’s complaints and rolling with them gracefully.

To quickly go over some of the complaints, the originals allowed for gameplay in both the Clone Wars (prequels) era and the Galactic Civil War (original trilogy) era, they had single-player content and even a campaign to go along with it, Battlefront II had space battles, and they both had a huge amount of maps to work with from the massive pantheon of Star Wars lore that existed at the time. The new Battlefront only allowed for gameplay in the original trilogy era thus only allowing for two factions to be used (Empire and Rebels), minimal single-player content that paled in comparison to the originals (whose campaigns weren’t much to write home about to begin with), there were no space battles in the base game, and there were only four playable planets: Tatooine, Hoth, Endor, and Sullust. I’ll give Dice credit for making Jakku playable as free DLC and for not having much to work with considering the entirety of Star Wars’ canon had been soft-rebooted with barely any new content at the time of release, but the prequels and the roadmap for a successful single-player, multiplayer, and outer space gameplay experience already existed and they didn’t take full advantage. All this, not even mentioning the steep $110 price tag for the “full” yet still lacking experience.

EA seems to be moving in the right direction with this game but, there’s also absolutely no guarantee that even this version of Battlefront II will live up to the hype surrounding it by fans of the original two and by people scorned by the initial reboot hoping for this game to be where things get better. I’m right there with everyone hyping this game, hoping for it to be great. I caved and bought the last one, but I’m going to wait and see what the general consensus is here before I spend my hard earned money on what could potentially be another disappointment.