Physicist Neil deGrasse Tyson once said “Space exploration is a force of nature unto itself that no other force in society can rival”. And it would seem he’s taking his saying to heart with his upcoming video game. Titled Space Odyssey Dr. Tyson and his partner develoeprs promise a real time strategy game that would make any science enthusiast giddy. Having just launched their own crowd-funding campaign they are certainly shooting for the moon. The for this game is to make scientific education as much fun as a triple A video game title.

Develop planets, colonize worlds, nurture species, mine elements, build robots, and discover unique life-forms as you coordinate with others in an intense game of real-time strategy. 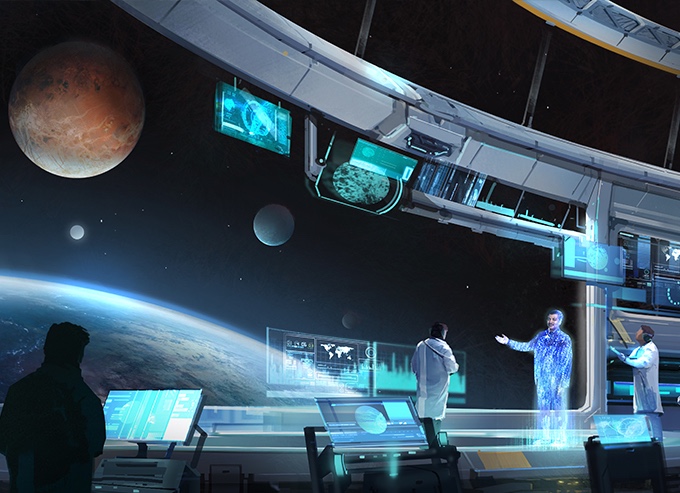 Ready to do some science?

Space Odyssey: An Oddity of Style

The elevator pitch for this game is very simple. Players will be able to colonize and grow is their own galaxies with guidance from Dr. Neil deGrass Tyson who plays a role in the game as your space adviser. But the details of the game reveal something much more complex. Not only is it promising exploration of the universe and Metroidvania style gameplay along with spaceship piloting, but it’s also promising scientific accuracy as well. Players will need to make sure to brush up on their physics, chemistry, and biology before playing this game.

But if science fiction is more of your bag than don’t worry. Nanotechnology Dark Matter solar sales and all forms of futurism this game should scratch that itch as well. And if you’ve got one of those bulky motion sickness machines you can play in virtual reality missions too. Needless to say, Space Odyssey is as ambitious as Dr. Tyson and his scientific colleagues are about space travel in real life.

Getting Down to Business 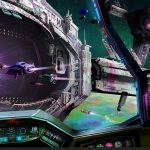 Better get home before I burn the roast.

When you first start off in the game you’ll find yourself at the infinity command. Taking place in quote not so distant future vote you play the role of an Astro-Explorer in the galactic coalition. Your task? To explore the universe and build a new solar system for humanities Galactic expansion. During missions you’ll receive information and challenges from doctor which will help build your galaxies. Some of these missions will include driving lunar buggies, piloting through asteroid fields, mining asteroids for resources, and looking for alien life.

But before you go off and explore the universe ala Star Trek, you’ll need to complete the game’s robust training program. This will help you learn all of the different mechanics of the game.

But once you get through all that get ready for gaming on a scale like you’ve never seen before. You’ll be creating your home planet which will feature scientifically accurate biomes and landscapes. But terraforming won’t be your only task, you’ll also need to make sure your civilization is able to last on this planet as well. You’ll create robots to help you compete against to the other players when you are online. But don’t worry you can play offline if you aren’t super social. When you are online though, you’ll have plenty to do. Creating colonies and outposts. Setting up trade networks with other players. Facing off against the threats of the unknown as well..

But if that’s all too much for you don’t worry. Space Odyssey will also make sure you can get down to the fine details like crafting a fly Astro-suit. Or making sure that your spacecraft can do the Kessel Run just like Han Solo. 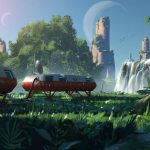 Don’t mind me. Just setting up my space trailer.

It’s going to be difficult seeing what happens with this Kickstarter as time goes on. Space exploration games have a level of potential only they can reach. But with this great potential also come great expectations. And if it isn’t able to meet up with these expectations, the ire and anger of gamers will be unrelenting. If you don’t believe me just ask No Man’s sky. What’s got me curious though is how relatively small the budget is.

The goal for Space Odyssey’s kickstarter is only $314,159. (That’s a play on the first 6 digits of pi by the way.) with the game promising this much you would expect an astronomical budget. (Hehehe, space jokes.) When discussing Space Odyssey, the developers talk about how they really want to get people involved with this game. So maybe that’s why the budget is low considering whose name is attached to this game, and the scope of it as well. While I would prefer to see a demo for this game, I will choose to be cautiously optimistic about things for now. Hopefully Neil deGrasse Tyson presents: Space Odyssey can shine bright like a supernova exploding throughout the galaxies. And pray that it does not sink into a dark abyss of disappointment like a black hole sucking away all hope for gamers. 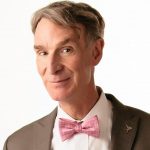 It seems that Neil understands just how big his project is. He’s got a team of top-level produce scientists and authors to help him along. Oh, he’s also got an astronaut to help apparently. This team includes people with titles like rocket scientist, theoretical cosmologist, physicist planetary scientist, and science engineer.Oh yeah Bill Nye is helping too.

To Infinity! And Beyond!

As for the game inside, there are plenty of collaborators. This includes Big Red Button Entertainment, Radiant Images, and section studios. Influences for this game include Gravity, the Martian, and even Star Wars. While it’s a very heavy task to keep all these lofty promises, there is enough talent on every level for this game to succeed. But will this game find itself in the pantheons of Gods? Or will Space Odyssey simply drift in obscurity? Because with books, comics, and even an animated series in the works too… they have to knock this one out of the park. The planet. The system. Because this sounds !@#$ing awesome. So go help back this game. NOW.

Get 21% Off Steam Copy of Call of Duty: WWII Thanks to E3 Hype
‘Injustice 2’ Welcomes ‘Mortal Kombat’s’ Sub-Zero and His Ice Clones