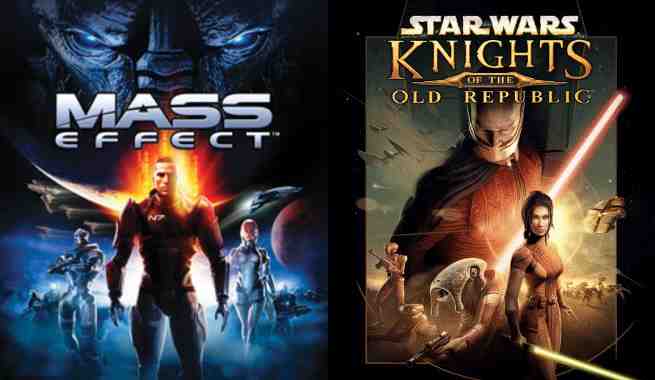 Casey Hudson is a name that is probably not that familiar to most gamers out there, but he was a major player at BioWare for many years. He’s responsible for the success of the two franchises that make up this featured image as well as Jade Empire, Baldur’s Gate, and so on.

Hudson left BioWare back in 2014 to pursue his own goals and ended up working closely with Microsoft starting in 2015 as a creative director. BioWare has only put out two games since he left, Dragon Age: Inquisition and Mass Effect: Andromeda. Beyond that, BioWare put out a bunch of expansions for Star Wars: The Old Republic as well.

After the controversy surrounding Mass Effect: Andromeda and its subsequent poor sales, BioWare’s Aaryn Flynn stepped down as general manager. Casey Hudson has now returned home to set things straight. As the new general manager, the Mass Effect trilogy’s original creative director is no doubt working on making the series relevant again after the news of its series hiatus.

As mentioned previously, Casey Hudson was a huge figure at BioWare during its peak in the gaming industry. With many successful franchises already under his belt, Hudson is now expanding his repertoire even further. He has taken over the production behind BioWare’s upcoming Anthem, a Destiny-esque game that caught many gamers’ eyes when it was announced at E3 this year.

Hudson’s return may also spell good news for fans of Star Wars games. When EA took over the Star Wars gaming license, they announced that Dice, Visceral, Respawn, and BioWare would be working on upcoming titles. Dice already released a game and is releasing its sequel later this year, but we haven’t gotten much from the other studios. With Hudson back and already having experience working on a Star Wars RPG in Knights of the Old Republic, production is sure to pick up in the area.

Hudson’s return to BioWare is a very big deal for the gaming industry. It’s too soon to fully tell what it means for fans of BioWare games, but with his track record, those fans should be able to breathe a little easier.