Be the Assassin in Final Fantasy XV’s Assassin’s Festival 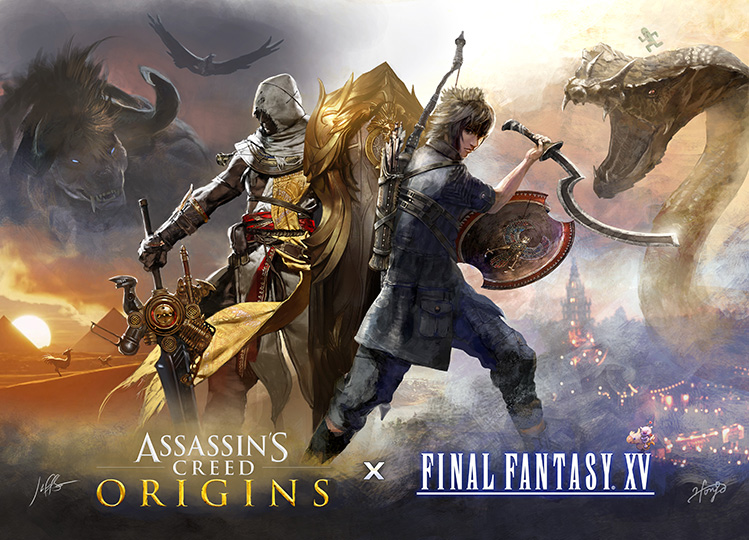 Be the Assassin in Final Fantasy XV’s Assassin’s Festival

Square Enix just revealed the “Assassin’s Festival” trailer for Final Fantasy XV, and I couldn’t be more confused. Does Assassin’s Creed actually take place in the world of Final Fantasy XV (i.e., Eos)? Is Abstergo Industries an official organization within Niflheim? Is Assassin’s Creed just a video game people really love in Eos? Eh, maybe the festival is just a noncanonical crossover, and I should stop reading into it so much.

Ok, now that I’ve got that out of my system, let’s go over what we know. According to the official trailer, the Assassin’s Festival will be a limited time event in Final Fantasy XV from August 31st through January 31st, 2018. During the event, players will explore a town where the titular festival occurs, and of course, the Niflheim Empire is making a right mess of things, just as it always does.

Now, on to the juicy part. Since the game’s protagonists will be able to dress up as assassins, they will also gain access to numerous abilities synonymous to the Assassin’s Creed franchise, including wall-climbing, tightrope-walking, hiding in bales of hay, jumping off rooftops via the iconic Leap of Faith, and stabbing Magitek Infantry soldiers with the equally-iconic Hidden Blade. But, the Assassin’s Festival event is not all parkour and assassination, as players can also participate in various mini-games, including “Whack-a-Cactuar.”

The Assassin’s Festival is technically DLC, but unlike add-ons such as Episode Prompto and the Royal Raiment outfit, the Assassin’s Festival can be downloaded for free. However, I am curious whether or not this event will be available in the PC version of Final Fantasy XV, but that’s a question for another time, along with why the game is littered with Cup Noodles product placement.