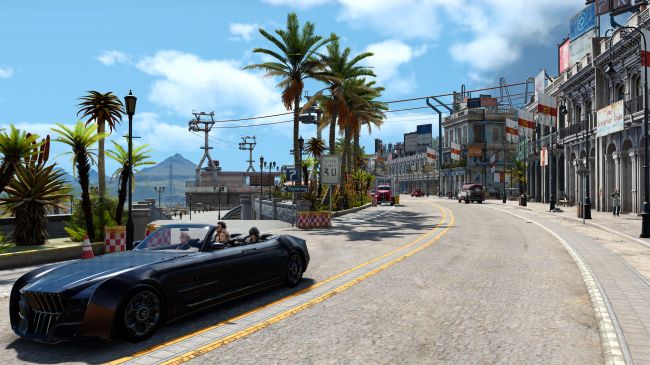 Gamescom has started with a bang, confirming the release of Final Fantasy XV for PC in 2018.

While it’s been available for a while on PS4 and Xbox, there’s been no chance for PC players to get in on the action. This is set to change, as Square Enix has announced that Final Fantasy XV: Windows Edition will land early 2018 with improved graphics, a first-person mode and all of the DLC.

Speaking at the Cologne games event, game director Hajime Tabata has detailed how working with Nvidia has allowed the team to raise the bar.

“With the help of Nvidia, we are creating a stunning visual experience in Final Fantasy XV: Windows Edition, one worth of this beloved franchise. Nvidia pushes the pace of innovation in our industry, and that benefits gamers and developers alike.”

This partnership has allowed Square Enix to load their next-gen ‘Luminous Engine’ with GameWorks technology, advanced visual effects that enhance everything from shadows and grass to the fire effects. With 4K textures and quality ambient occlusion thrown into the mix,  Tabata believes that this collaboration means the PC release of Final Fantasy XV will be the highest quality available to players.

Nvidia have also confirmed that Shadowplay Highlights will integrate nicely with FFXV, allowing you to automatically record gameplay. Ideal if you’ve got a clip that you want to brag to your friends about.

Even better news for PC customers will be the inclusion of all DLC, both free updates and all current paid content available through the season pass. This bonus content also includes an all-new first person mode, allowing players to explore the world of Eos through protagonist Noctis’s eyes.

The gameplay does look stunning and we’re sure PC players will be clamoring to finally get their hands on the fifteenth installment of this classic RPG series. Be warned though, early shots of recommended specs are showing a hard drive destroying 170GB of space needed for install. That’s the price of lovely, lovely 4K we suppose.

You can view the short gameplay montage below.