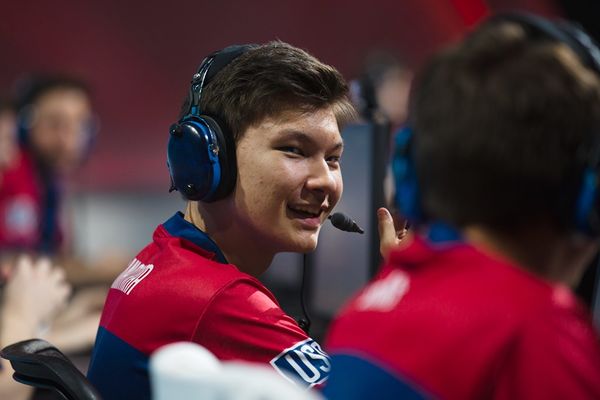 One of the first major player signings for both the Overwatch League and for San Francisco based NRG has been announced, with a $150,000 contract going to 17-year-old DPS player Jay “sinatraa” Won. It was rumored that sinatraa was in talks with the organization for a while, and per ESPN, he and his mother decided to sign with NRG after a bidding war took place with Cloud 9. According to ESPN’s Jacob Wolf, the bidding war rose the contract value by $50,000.

sinatraa is known for his Tracer and Zarya play, but it is unclear at this time exactly what his role will be.  Responding to the announcement, Won simply tweeted “PogChamp.” The only other member of NRG currently is André “iddqd” Dahlström, with Anthony “harbleu” Ballo and Seb “numlocked” Barton recently departing from the team. iddqd has not officially signed an Overwatch League contract with NRG.

sinatraa will be in familiar territory with NRG, having formerly played for head coach Brad Rajani when they were both with Selfless before it disbanded. The relationship between the two was surely part of the reason Won eventually settled on NRG.

The signing sets the bar for contracts league-wide. With a top-tier DPS player getting $150,000, that will most likely be near to the highest salaries in the league, with other DPS players making upwards of $200,000 and Tank and Support players making less than $125-150K. Along with the salary, sinatraa (and all other Overwatch League players per the commissioner’s announcement) is guaranteed revenue-sharing options and a percentage of bonuses won by teams in playoff matches and other competitions.

Rumors have swirled as to the rest of the NRG lineup, with speculation that they are building a North American superteam. During a stream, EnVyUs DPS Timo “Taimou” Kettunen said all the players of the current unofficial roster except for one played in season zero or one of the contenders, there are no Korean players, and no one from their old roster is part of the team. iddqd responded to this in saying his position within the organization is not in jeopardy. Dante “Danteh” Cruz, another young DPS star, has been linked to NRG in recent rumors. Danteh showed off his skill in season zero of contenders with his former team Arc6, with whom he actually beat sinatraa and Selfless in the Alienware Monthly Melee back in April.