ARMS’ Newest Character Misango Appears to Be a Poisonous Pugilist 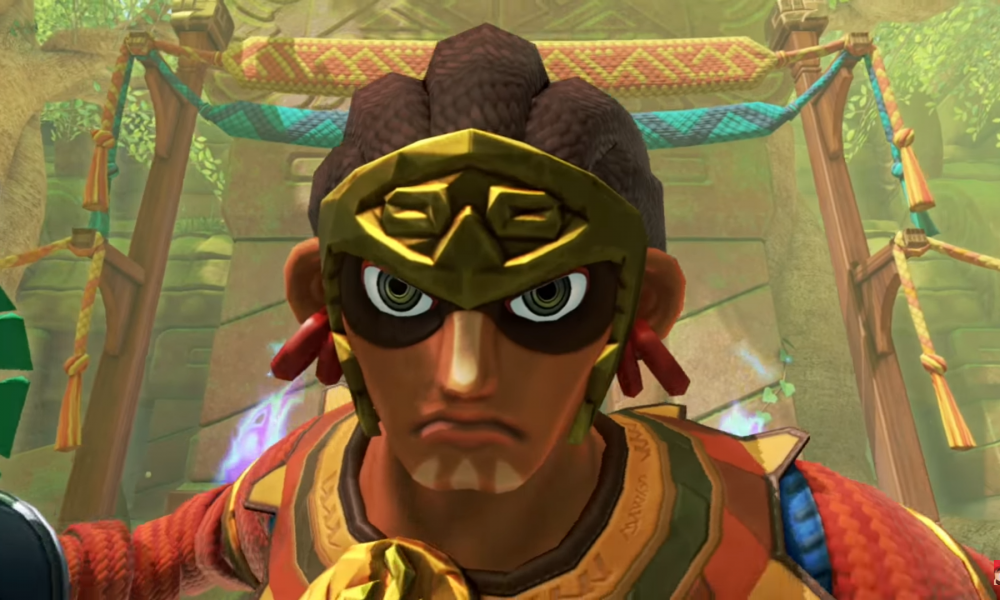 ARMS’ Newest Character Misango Appears to Be a Poisonous Pugilist

Nobody can say ARMS doesn’t have a diverse cast of characters, and Nintendo is constantly updating the game’s roster. In fact, the company recently announced that the next playable character coming to ARMS is the unique, if somewhat stereotyped, Misango (say that name ten times fast and I’ll guarantee you will say Missingno by accident at least once).

By all appearances, Misango is a mishmash of ancient Mayan, Aztec, and/or Incan cultures and reminds me of video game characters designed during the 90s, back when game developers used stereotypes to create memorable characters — there’s a reason we still love Guile and Soda Popinki, despite them being caricatures. Since Misango hails from the not-Amazon rainforest, he comes with three new fists that, judging by the purple ooze dripping from them, probably poison his enemies. The first fist is a green, chunky roboscorpion that can detach from Misango’s arms and launch themselves at opponents; the second one is a big, disgusting, pulsating pustule of purple putrification barely constrained by leather straps, and the final fist is a bird’s head (or maybe it’s a skull) that’s literally salivating with purple poisonous bubbles.

Not only does Misango come with these never-before-seen fists, but he has a unique ability that makes him a jack-of-all-trades. A weird floating wisp is by Misango’s side at all times and can attach to his face to create either a red bull, blue eagle, or yellow sun mask. Each mask gives Misango a unique buff, as the bull mask apparently prevents Misango from flinching. The eagle mask improves his jumping and dodging abilities, and the sun mask outright blocks attacks. If that’s not a broken ability, I don’t know what is.

ARMS‘ Misango looks like he is going to be a very tricky character to both use and fight. If I were to hazard a guess, I would say that if I’m right about his poisonous attacks and masks, he isn’t the kind of character who can finish off enemies quickly. My gut instinct says Misango is the kind of fighter who specializes in slowly whittling down enemies and winning by running down the clock rather than a knockout. Of course, that’s just what I gathered from the video, so we will have to wait until Nintendo provides a more informative video or updates ARMS with Misango to see if I’m right.