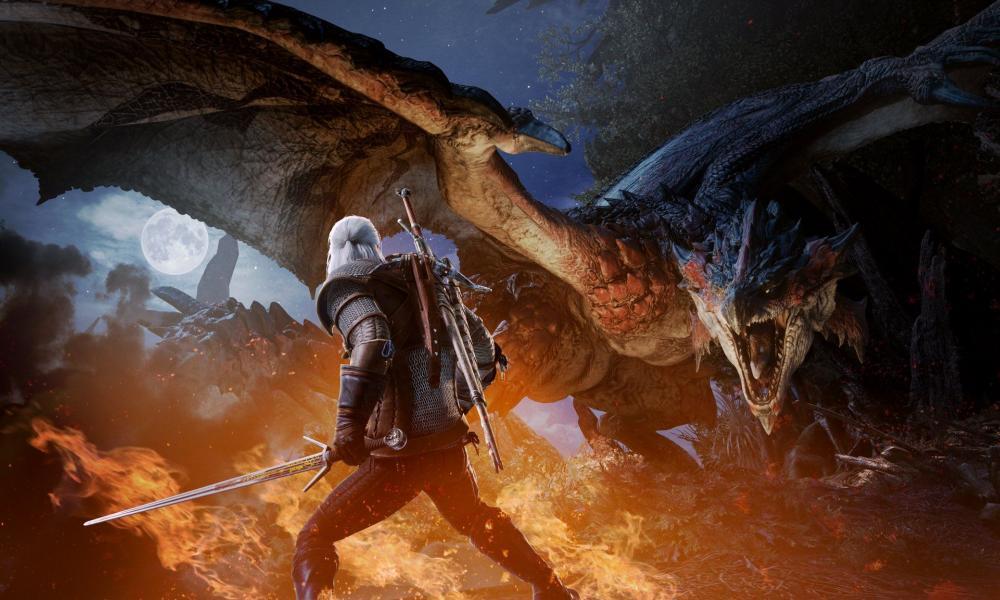 Almost one year ago the Monster Hunter franchise made its way back to consoles with the release of Monster Hunter: World, and millions of future monster hunters everywhere dove head first into the adventure. Along with the slew of monsters to track, kill and/or capture, Capcom has thrown in plenty of cross-over events implementing features throughout the gaming universe to keep fans satisfied.

The latest update may be the biggest one yet, as the monster slayer Geralt of Rivia from the hit RPG series, The Witcher, makes his way into the New World. And the new cross-over event is bringing way more than just a simple costume change, as Geralt comes over as a brand-new fleshed-out character. CD Projekt Red and Capcom have been working closely on this cross-over event to bring the ‘feel’ of The Witcher over to the Monster Hunter: World game.

Geralt will not only play like the one in The Witcher series, but the gravely voice actor, Doug Cockle, has also been working with Capcom on recording Geralt’s lines for his appearance in Astera. Expect plenty of Geralt’s iconic magic ‘signs’ to make an appearance in combat, new Witcher themed quests, as well as Geralt’s monster-slaying silver sword creating a new unique experience in Monster Hunter: World.

Later this year, Monster Hunter: World will also see its first big expansion in Iceborne which will bring with it new monsters, locations and quests ranks, among other features. Iceborne is set to release in “fall 2019”, as stated by Capcom.

Geralt of Rivia will land as a free update on Monster Hunter: World starting February 8, 2019 for the PS4 and Xbox One. There has yet to be any information on if/when Geralt will make his way over to the PC version.