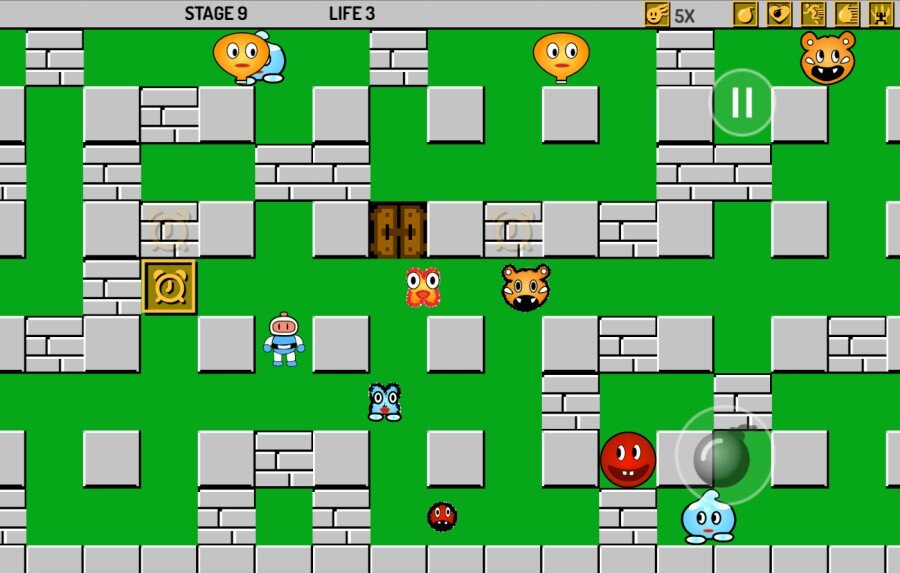 A lot of gamers today focus primarily on what’s new. With the industry moving at a breakneck pace, and new titles now available as quick downloads, it’s easy to keep looking forward. At the same time though, most gamers can appreciate something with a little bit of old-school appeal — and in that regard, it can be hard to beat games geared a more toward younger audiences. Whether it’s something that’s now considered vintage or it’s a title that’s survived or been adapted over the years, nothing beats digging up a beloved game from your childhood.

In that vein, here’s our look at five incredible kids games well worth revisiting (plus a fairly obscure bonus bound to trigger some nostalgia for some folks).

Bomberman games were fascinating in that they were built to become character-driven classics despite being, essentially, puzzles. Popular during the heyday of Mario, Donkey Kong, and Zelda, Bomberman was a similarly appealing hero, but one more tied to simpler gameplay and multiplayer battles. Over the years there have continued to be releases in this series, and in fact News Break wrote about an imitation called Ponpu that’s being released this year. Billed as a “twitchy, more arcade-y take on a classic formula,” this sounds like a promising game to check out. If you can dig up one of the earlier Bomberman titles though — we’d recommend Bomberman 64 — you’ll likely have a blast diving into it.

Though not strictly speaking the original first-person shooter, GoldenEye 007 is widely viewed as having set the tone for this wildly popular genre. Loosely following the events of the film GoldenEye, the game is an absolute classic of its time, as well as an iconic multiplayer experience. And while you might think its blocky, pixel-heavy graphics would seem almost inaccessibly old now, we’d suggest you give it a try. There’s just something almost inexplicable about this game that remains perfect even now, such that its visuals are somehow more delightful than they are annoying.

Like the other games we’re mentioning here, Sid Meier’s Civilization series is not explicitly just for kids — but it is a series a lot of people get into at a fairly young age. As for what makes it special, it can sort of be looked at as the game that started it all where strategic, empire-building gameplay is concerned. In HP’s list of the best computer games for kids, it was pointed out that Civilization pioneered the “4X genre” of strategy games (standing for “eXplore, eXpand, eXploit, and eXterminate”), and we can now think of all sorts of titles that followed suit. But Civilization games are still the best of them. We’d rank Civilization III as the best of the bunch, though the newer installments are awfully impressive too.

Grim Fandango is probably either one of your all-time favorites or something you’re only dimly aware of. Something of a cult classic among millennial gamers, it was released by LucasArts in 1998 as one of the last great games of its time. In a sort of ode to the game, The Ringer described it as “gloriously macabre” and called it “the last truly great entry in the Age of Adventure Games.” These were games that took players on challenging, narrative-driven quests in the days before console gaming as we now know it completely took over. And this one, with its playful take on “Day of the Dead” fantasies, has stood the test of time. Whether or not you played it as a kid, it’s wonderful to dig up and dive into now.

Super Mario games are really meant for us all — not just kids. Nevertheless, they pretty much define the idea of timeless or universal classics in the video game world. Recently, our “Top 10 BEST Games Of The Decade” list looking back on the 2010s included two of these game (Super Mario Odyssey and Super Mario Galaxy). Going back further, Super Mario 64 is about as good as it gets. And going back even further, old-school hits like Super Mario RPG and Super Mario All-Stars shouldn’t be forgotten. Simply put, if you can get your hands on an Super Mario game, you should.

This 1989 title from Cyan Worlds (the developer best known for Myst) is a truly bizarre experience that can be the perfect nostalgia hit for people who grew up on computer games. With the full title Cosmic Osmo and the Worlds Beyond the Mackerel, it’s a point-and-click adventure guiding you through strange, black-and-white alien settings. It’s good for a laugh even if you never played it growing up. And if you find it and enjoy it, you might also consider seeking out The Manhole — another Cyan Worlds experience with similarly weird appeal.