Which Are The Best Online Video Games? 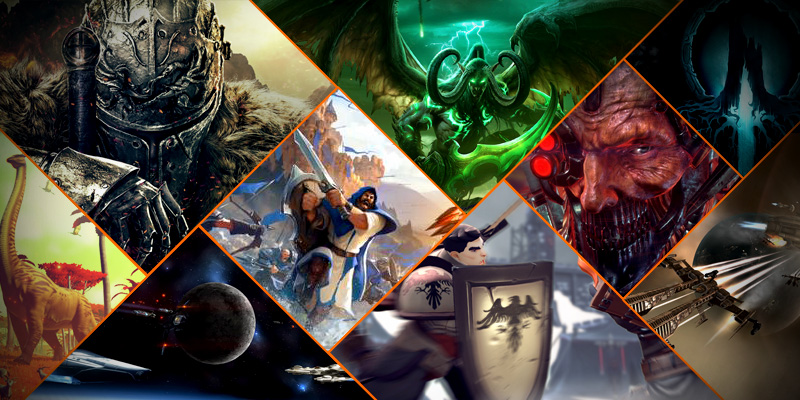 Which Are The Best Online Video Games?

Online browser gaming used to quite frankly be a pretty shoddy affair. Either the internet speeds weren’t up to the task, the software perhaps underpowered, and most important of all the games just weren’t very good. The good news is that nowadays playing games online via your browser is one of the most convenient was of burning a little free time. Any relatively recent PC can easily handle these games, and there are many thousands to choose between. Which brings us to the question of which are the best online video games to seek out and enjoy? Here’s a selection of the best and most popular games you can enjoy for free via your browser.

Some games are just timeless and the classic, original version of Doom dating back to early 90’s is now available to enjoy for free online. It doesn’t take up a huge amount of system resources and loads up within just a few seconds. Sure as you’d expect the graphics are perhaps politely described as ‘retro’ but for all out monster slaying this is one of those genres defining action games. Anyone who enjoyed Doom a couple of decades ago will likely be surprised at how many secret passages and weapons caches they remember!

This is an intriguingly simple game that may just be one of the most addictive free online games out there. The premise is that the player gets to enjoy some cutting edge electronica, but on screen, they must take care to dodge a flurry of arrows. The longer they manage to keep this up, the greater the score – with the catch being that every time they are hit the music skips forward five seconds. It is an incredibly straightforward concept that is quite unlike any other game out there.

Another tremendously original game that is sure to get the heart racing and palms sweating, Silhouette is basically a game about a murderous home invasion! Players switch between the role of the intruder and the victim, making this a fast paced blend of pursuit and evasion. This is a great example of how flash based browser games don’t need to have glitzy graphics in order to deliver a thrilling – and stressful – experience.

Anyone remember Bomberman, when you roam about a maze dropping bombs to eliminate the baddies in pursuit? Game of Bombs is pretty much a revamped, remodeled version of this classic format. It’s incredibly addictive and best of all you play alongside and against thousands of other people from across the world, with the option to chat/gloat thanks to a handy on screen chat console.

Perhaps one of the best looking HTML5 games out there, this war game pits players against each other on a sprawling 3D virtual battlefield. There’s a huge variety of tanks and improvements that can be earned via successful play, as well as a number of different missions (capture the flag, base defense etc). It can be played in single and multiplayer (highly advised) and has a pretty active fan/clan community. The tanks can be a little tricky to get the hang of, but once you’re comfortable with the controls it becomes second nature in no time.

Nothing wrong with a classic 2D platformer once in a while, especially when they’re as high quality as this. Just like the classic Commodore and Atari games of yore, this is an incredibly simple platformer where the player’s job is to simply collect as many bags of loot as possible. Of course, there’s plenty of pitfalls and roaming nasties trying to get in the way – and the game has a soft but steady increase in difficulty the further the player progresses.

With over 200 million registered players there’s a good chance most readers will have heard of the massive multiplayer fantasy roleplaying adventure. Now in its third edition, the theme remains the same as ever, with thousands of players interacting, trading and fighting across a rich medieval virtual world. Be warned some players take their characters very seriously so don’t forget your manners!

Ever wanted to develop a super disease that will bring about the end of days? We the good news is that with Pandemic 2 you have all the tools at your fingertips with no need for a biochemistry doctorate! Perhaps slightly alarmingly Pandemic 2 is one of the most popular and best-known freebie online games, with the player charged with developing their superbug while the world – understandably – attempts to develop a cure. Joking aside there’s actually an impressive educational aspect to this game.

The WW2 first person shooter that has caused a hundred similar games to be released over a couple of decades since it’s the first release, Wolfenstein 3D looks and plays just like Doom at the top of this list (they’re very much of the same era). Instead of monsters though, in this case, the baddies are the Nazis as the player works their way through a gothic castle on a strangely unspecified mission of mass slaughter. A good selection of guns, plenty of quirky surprised and eventually a showdown with a cyborg Hitler – this is a classic that’s a joy to play in a browser.

Anyone unfamiliar with this game – hear me out! The premise of this absurdly addictive game is to guess where in the world a randomly selected ground image from Google Earth happens to be. Sometimes it may be a nondescript patch of countryside, other times you may just guess by houses, road signs and such like pretty close to where the photo was taken. It is totally random so no game is ever the same, and players earn points depending on how close they click to the location. You’ll be amazed how far off you’ll sometimes be!

Call of Duty: WWII Exclusive Beta Rewards Announced
Nintendo has the Right to put Content behind a Paywall