Game of Thrones Travel Speeds Have Become a Problem 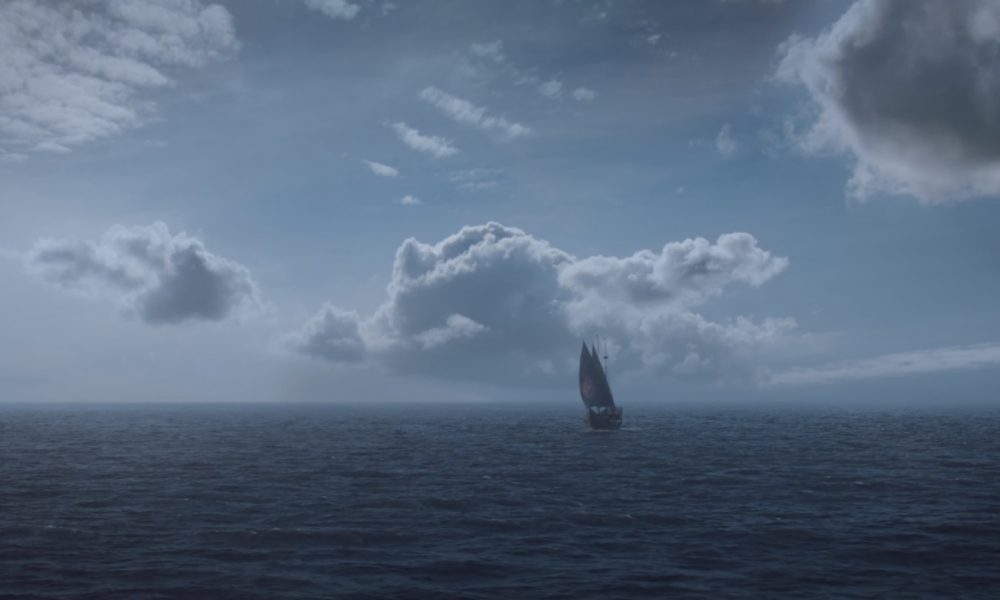 Game of Thrones Travel Speeds Have Become a Problem

Game of Thrones is a series that has prided itself on realism in a fantastical setting. Any character can die at any moment from any mishap. As the series has gone on and strayed further from George RR Martin’s books, Game of Thrones has become more and more fantastical. While this leads to excellent sequences with dragons, White Walkers, Children of the Forest, and so much more, it has begun to sacrifice its realism. This is especially the case when it comes to traveling speeds in more recent seasons.

Now, some out there will argue that Game of Thrones is a fantasy and that we shouldn’t take a world with dragons and ice zombies so seriously. Normally, I’d be inclined to agree, but when a series breaks its own rules that it set out to establish over 5 seasons (and books), then it becomes an issue.

Characters, messages, and general information are traveling way too fast now. In previous seasons, it would take characters weeks, sometimes even months, to get to destinations that characters are going back and forth from in single episodes now. Just a simple glance at the map of Westeros can give you a pretty good idea of why this is an issue. You can argue that there isn’t much content left in Game of Thrones so the story needs to be wrapped up quicker, but passage of time isn’t being shown well.

*Spoilers for Game of Thrones up to the most recent episode (7×06) ahead! Proceed with caution*

Season 6 of Game of Thrones is where this issue started to rear its head, especially towards the end. Arya got Westeros from Braavos in a single episode, Jaime traveled from the Twins to King’s Landing in a few scenes and the Sept of Baelor was still burning, etc. The worst offender was Varys going from just arriving in Dorne, creating alliances, and heading back to Meereen in just a few minutes our time. All these distances would take the characters weeks to travel, and months in Varys’ case, but they all happen in single episodes.

It wouldn’t be as much of an issue if they were showing or at least implying to proper passage of time either. You could suspend disbelief for some of these season 6 super-speed journeys, but it’s basically become teleportation in season 7.

In the first episode of season 7, Cersei already knows Jon has become King in the North and has already sent him a raven (something that would take a week at least). Yet, this scene happens directly after the scene he becomes King in the North while it’s only been shown to be at most a few hours. Tyrion and Davos traveled to King’s Landing and back to Dragonstone in a single episode, while similar passage of time was shown at Winterfell. What’s even worse about that is that in the same episode Gendry goes from King’s Landing, south several hundred miles to Dragonstone, and north several thousand to the Wall.

I feel like for me personally, it’s bothered me but I could mostly ignore it and shut my mind off for quality TV. That being said, last night’s episode is where things went too far. Gendry runs a distance that took the group a whole day to walk, sends a raven all the way to Dragonstone, and Daenerys rides her dragons all the way to their location to save them. This all occurs within what is only shown to be a single day. Back at Winterfell, things are progressing as if it’s only been a day (maybe two if we’re stretching it) and Jon and company are only shown getting one night of sleep.

There is absolutely no way this could’ve happened in one day just following Game of Thrones’ own rules. Even discarding the fact that it’s a fantasy show and we shouldn’t take it seriously, when a series sets rules for itself it should follow them lest it get bogged down in plot holes like this. Last night’s episode has been the single biggest leap of faith Game of Thrones fans have been asked to take so far and fans online are already starting to call it out. Considering how few episodes we have left in the series, these kinds of major plot conveniences and dumbed down world rules are bound to continue. That isn’t to say it isn’t still a good series, but it’s not as good as it used to be due to issues like this.