Drone price to fall thanks to Qualcomm Snapdragon 801 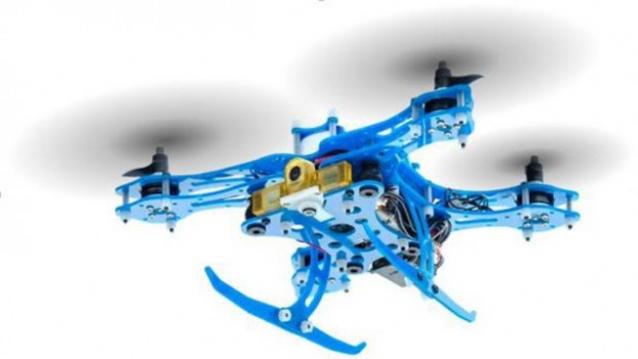 Drone price to fall thanks to Qualcomm Snapdragon 801

Qualcomm has come up with a neat plan to begin influencing the drone price standard as well as the approach that the general consumer has towards UAVs in general. Nowadays, the drone market is growing fast, but the problem with it is that most of the high-quality drones have enormous prices that are just not viable for the average early adopter or tech enthusiast. Although a drone price could be as low as $10, one would not get a tremendous amount of value for that amount of money. That is why Qualcomm wants to start and try to influence the standard drone price by making the components necessary for a really smart drone affordable and powerful.

Many of you are familiar with the Snapdragon 801 SoC mobile processor from devices like the Samsung Galaxy S5, OnePlus One, LG G3 and Moto X 2014. Apparently, Qualcomm wants to tap into the potential of the CPU and redesign it so that it is compatible with drone hardware. The modified Snapdragon 801 CPU would carry a revamped, entirely new Wi-Fi and Bluetooth engine processor, a powerful 4K content processor, a more power-efficient architecture, a 2.26 GHz clock speed and would feature support for real-time flight control systems, as well as the Global Navigation Sattelite System.

According to Qualcomm, the Snapdragon Flight, as the modified processor has been dubbed, will revolutionize the way in which we approach drone price standards, and not only. With this push into robotics and especially UAVs, Qualcomm is clearly demonstrating what its interests for the future are. Smartphones are so last season, aren’t they? The evolution of Qualcomm’s Snapdragon SoCs and the announcement of Snapdragon Flight mark an important milestone in development for the drone and robotics industries.

Qualcomm has showcased its own idea of an affordable drone when it first demonstrated the Snapdragon Flight processor in action and stressed that with this move, they want to make drone prices more accessible to the average consumer and want to give them the option of buying a high-end, good quality drone for a more acceptable price, closer to home. Pricing and availability of the Snapdragon Flight have not been disclosed, but we’re expecting the first few Snapdragon Flight-powered drones to pop up in the next couple of months.

McAfee for president: U.S.A. to be technology leader
Qualcomm wants a different future for LTE-U with new modem