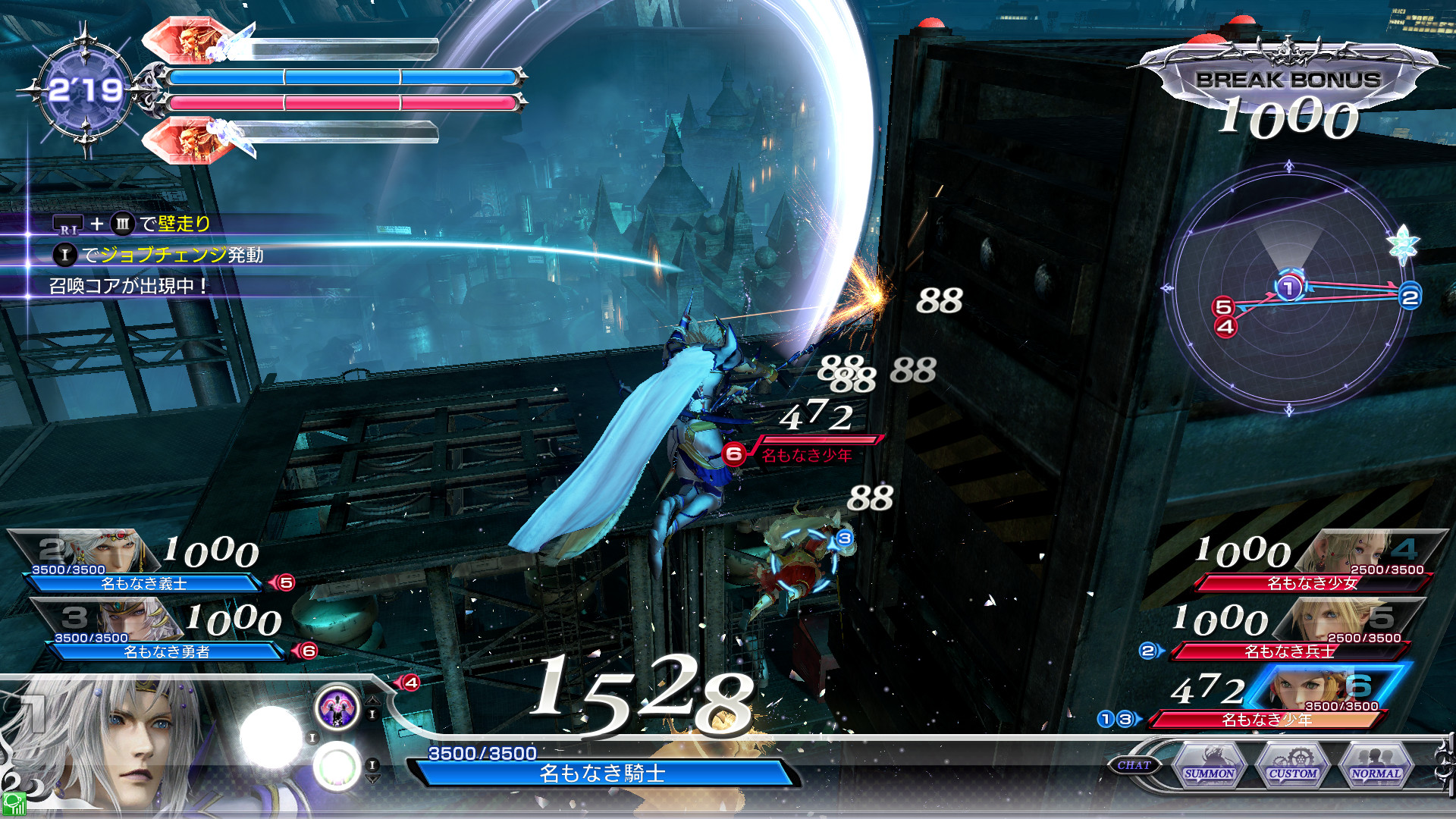 Last week, the Japanese magazine Famitsu has confirmed that Firion, Cecil and Bartz from Final Fantasy II, IV and V will be coming back as playable characters in Dissidia Final Fantasy, the new entry of the series launching in Japanese arcades next month. Today, some new high quality screenshots have surfaced online, showcasing the three newly confirmed characters as well as some of the other previously confirmed ones.

Last week the Japanese magazine Famitsu has also confirmed some new Dissidia Final Fantasy gameplay details. Some of the new mechanics will make the game feel different from the previous two entries of the series, such as the four different character types – Heavy, Shoot, Speed and Unique types – and more. The magazine has also detailed some of the changes and tweaks the team will implement for returning characters.

Last week’s issue of Famitsu confirmed that Dissidia Final Fantasy will be released in Japanese arcades next month. Not much is known about a possible Western release at the moment and we might not hear more about the matter until a console port is confirmed.

Dissidia Final Fantasy will launch in Japanese arcades on November 26th. While a console version hasn’t been confirmed, chances are high for a PlayStation 4 version as the arcade version uses the console’s hardware. A home console release, however, will only come sometime after the arcade version launches.