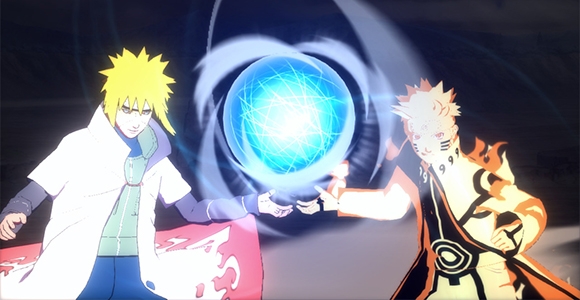 Naruto Shippuden Ultimate Ninja Storm 4, the latest entry of the series developed by CyberConnect 2 launching in two months in all regions on consoles and PC, has received plenty of gameplat videos in the past few weeks, showcasing more of the upcoming game. A few hours ago more Naruto Shippuden Ultimate Ninja Storm 4 gameplay videos have surfaced online, showcasing more of the features that will be included in it.

Earlier this week Japanese magazine Shonen Jump has revealed some new details on Naruto Shippuden Ultimate Ninja Storm 4. According to the magazine, the new game will include Kaguya in the tailed beast transformation. This character will make an appearance during the game’s Story Mode where Perfect Susanoo Kakashi will have to fight her. The transformation will also appear in Kaguya’s ultimate jutsu.

A few days ago another Naruto Shippuden Ultimate Ninja Storm 4 DLC costume has been revealed. This new costume is a traditional Chinese costume for Naruto, which will be included in all first print run copies of the game in China. We currently don’t know if the costume will ever be released outside China.