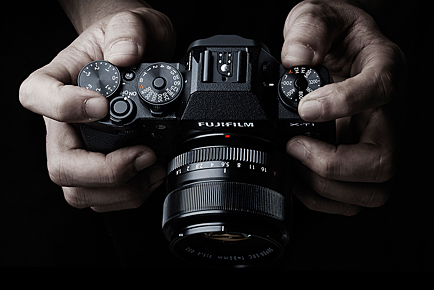 The Fujifilm X-T1 is one of those cameras that has become the favorite of photographers who prefer manual adjustments. While the camera, when it was launched last year, was pretty good and received positive reviews, users did have a few complaints, which will finally be solved. The Fujifilm X-T1 could have used a better firmware, as users complained about autofocus issues and the lack of modes that they can access. The company has heard these complaints and has announced that a new Fujifilm X-T1 update is on its way to owners of the neat dial-filled camera.

According to the company, the Fujifilm X-T1 update will be roling out at the end of the month for the standard and the Graphite Silver Edition. Most people will have to wait until June to get the update, but the wait will be worth it. The update will improve autofocus and turn these cameras into veritable powerhouses. If complaints about autofocus were had before the update, after the new firmware is installed, Fujifilm expects praise. The update enhances autofocus greatly while bringing the firmware version up to 4.0. According to the company, the Fujifilm X-T1 update will improve performance greatly, which is good news for a camera that’s already more than a year old.

The update adds Zone and Wide Tracking modes, which are meant to refine moving subjects and tune down AF accuracy for a more speedy focus, even in low-light conditions. The update adds Eye Detection autofocus, Auto Macro mode, Exposure Compensation control and a better shooting mode altogether. Although we do have to wait a while to get the update and experience the improvements, we’re sure that many owners of the Fujifilm X-T1 will be delighted with the changes.

The Fujifilm X-T1 is a favorite nowadays, as it’s a rugged camera with a water-resistant housing, a lot of features like dedicated dials for ISO settings, shuter speed and exposure compensation, as well as a 16.3 MP APS-C X-Trans CMOS II sensor and EXR Processor II. A mouthful, and expensive, but you can get a great deal on it if you go to Adorama, where they have a bundled offer for the Fujifilm X-T1 alongside a memory card, memory vault and a battery for $1,199. Steep, but it’s a good deal. With the update that makes the camera way more appealing, it’s surely a good opportunity.

Metal Gear Solid The Legacy Collection Now Available For A Reduced Price On Amazon
Deal of the day: 24-hour flash sale for the Elephone P7000 brings the price down to just $160