Do you listen to your music loud? WHO says you should reconsider 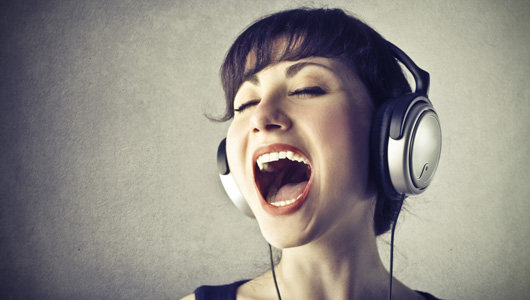 Do you listen to your music loud? WHO says you should reconsider

We all love to listen to our favorite music as loud as possible, in our homes or at a concert, but it seems like it can permanently damage our hearing. As the World Health Organisation (WHO) studied, very loud sounds listened in close range does damage to your ears.

World Health Organisation, advises the population to limit their music listening time to one hour per day, for hearing protection, because 1,1 billion teenagers and young people are being threatened to permanently deteriorate their hearing. Published numbers by WHO show that 43 million people between 12 and 35 years suffer from hearing loss and the number is growing. According to WHO, half of the people from rich countries and countries in development, in the age group I previously mentioned, were exposed to dangerous levels of sound produced by their own music devices. The number of American teenagers with acute hearing loss had grown from 3.5% in 1994 to 5.3% in 2006, and the numbers are still growing today.

“As they go about their daily lives doing what they enjoy, more and more young people are placing themselves at risk of hearing loss.They should be aware that once you lose your hearing, it won’t come back. Taking simple preventive actions will allow people to continue to enjoy themselves without putting their hearing at risk” said DR. Etienne Krug.

WHO recommends as a general rule, keeping the sound volume of a music player up to 60% of its full capacity. People who want to isolate themselves from the surrounding sounds while traveling by train or by plane are recommended to use noise canceling headsets, that allow music to be heard clearly even at a lower volume. Also, WHO recommends using ear plugs in very loud concert halls and take “silence breaks”. Furthermore, music fans should stay away from speakers at concerts. Basically, the louder you listen to music the more chances you have to never listen to music again.*bummer*