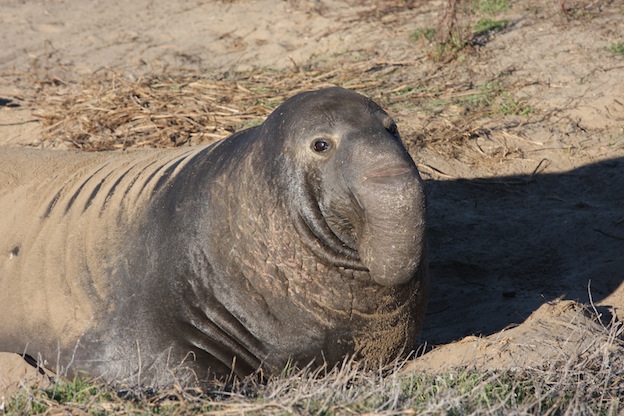 Besides the increase of killer bees, California has faced another threat for over two decades, the annual spikes in mercury along its coastline. Until recently, researchers couldn’t explain what causes this annual increases in mercury in the waters, but now they have traced methylmercury peaks around Año Nuevo State Park where elephant seals breed and molt. During the molting season methylmercury levels are 17 times higher. As they couldn’t link the mercury levels with the animal’s feces, they’ve realized that methylmercury, a neurotoxic compound found in the elephant seal fur, increases in the females bloodstream when they breed and as the toxin passes through the placenta, it gets passed on to the baby elephant seal. Newborn elephant seals will have an increased level of methylmercury in their natal coat, which is shed shortly after birth.

Mercury enters waters after being absorbed in the air or if it is dumped near water sources with industrial toxic wastes. Tiny microbes from the ocean transform the element into methylmercury which accumulates in fish. If open seas are infested with the compound, the fish we eat will be poisonous. Methylmercury can cause nervous system disorders or kidney failure which lead to death. Apparently, elephant seals gather at Año Nuevo State Park around the molting season, but they feed out in the open seas. That is how they can supposedly spread the neurotoxin to other animals.

More research needs to be done before specialists can be sure that elephant seals are the main cause of the annual spikes of mercury and if they are, measures will be taken. Until then, researchers recommend that we cut emissions, because that is another way that mercury enters the environment.