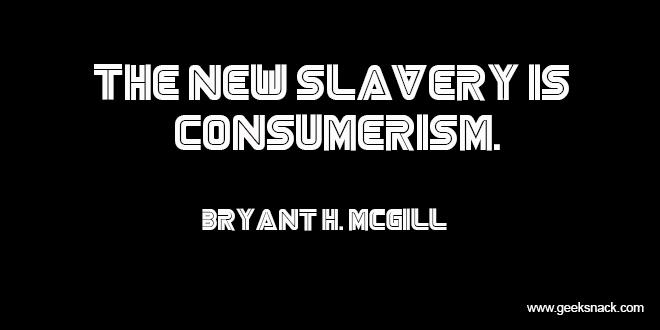 If you are here because you read the first part and found yourself agreeing or disagreeing with my opinions, congratulations! You might be a decent human being who has an actual idea about what I’m trying to convey. If you are reading this part first, please check out the first part as well, I tried to point out problems with vaccination, education and overly obsessive parents. 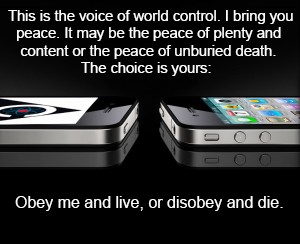 “Have you heard about the new iPhone 6S? It’s mostly like the previous ones, but it comes in Rose Gold! I need it!” That’s how people nowadays think. Take the iPhone case as an example, it happens with most of the things we buy. We feel like we need things, we are made to believe that the more things you have, the better your social status is. Social status, we care about that bullshit title more than we care about those around us. Do you actually need all those things or do you want them? If you admit you want them why not take the time to consider if that thing has any use for you. You might find yourself not buying anything anymore, but how can that be possible, you’d kill so many companies.

After all they try so hard to make you happy by creating all that stuff you don’t need and constantly making better versions of it, so you can forget about the first thing you bought and buy the new ones instead. There is so much junk in the world at the moment that you could build an empire, your own empire of junk. And all that waste comes from things you throw away to be able to buy other things. Does your kid really need all those clothes and toys? Do you have to change your furniture every year, even if the previous one was not broken? There are so many gadgets, do you need them all? Sometimes I amuse myself by comparing things we buy with Pokémon, we “Gotta Catch ‘Em All!”

You think you are free, right? Do you have a job? Or are you a graduate who barely makes it to the next day, because you can’t get a job. It doesn’t matter, the actual fact is that you need money, right? You have the illusion of freedom, but money controls your whole life. From that Chinese underage kid who work’s all day for a dollar to make that fancy thing you buy for 100 dollars or whatever overly exaggerated price, to teenagers who rely financially on their parents, because they can’t earn money, to every employed person who hates their job, but it pays for their lifestyle, up to that upper 1% who doesn’t actually give a shit about money because they control it, we are all slaves. We are all bitches and the economy is our pimp! 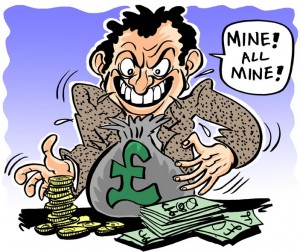 Even more, we are “evolving”. From pieces of gold to coins, to pieces of paper, we are starting to be controlled by the idea of money, basically nothing. From the moment you put your money in the bank, they become virtual. That money is not yours anymore, it belongs to the bank. Ok, belongs is not the word I should use, you make a contract with the bank to keep your money safe and allow you access to it, for a very small amount of money called commission. There are some few other commissions depending on what transactions you make, but it is worth it, right? They even offer you credits if you are out of money, which you’ll find yourself paying back doubled.

The point is that banks don’t physically have that much amount of money stored, your capital slowly becomes a virtual number that the bank is obligated to restore to you whenever you need it. Scary right? What if that virtual number is changed or worse disappears? You are screwed! Well not quite, things aren’t as simple, but every process that follows an event like that, will most likely leave you without money for a while and in today’s society what can you actually do without money? You’ll go to family and friends so you won’t starve at first, afterward you’ll start appreciating these connections you have with other humans.

Maybe you’ll find that you don’t actually need all that money, a small amount to meet your daily needs is enough. Money is a good way to make transactions, but it is used as power and that is what is wrong with it. Maybe you will figure these things out… Who am I kidding, if the bank would lose your money you’d be angry. Lawsuits would follow and even more hatred will be brought to the world. You’d get it back in a way or another and want even more for compensation! We are the slaves of economy! We don’t care about the unemployed or those who work for nothing, we only want more money. I have a brilliant idea, we should worship money! 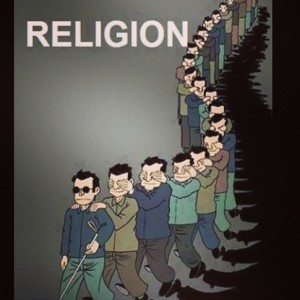 I get it, it’s easier to let yourself be brainwashed by the masterminds because you at least have hope and faith. There is a higher force that will save your soul if you just follow what the Bible says. But, last time I checked, it was not an instructions book on how to be a human. And why do you believe all the bullshit your preacher wants you to believe? You have a mind of your own, don’t you? I mean we can learn from each other, but I don’t want my ideas to be simple copies of what a person once wrote in a book. I don’t want to be brainwashed. We use it as a figurative word, but in reality it defines what happens. Imagine someone opens your skull, takes a sponge and fiercely washes your brain and then sprays it with a perfume of his choice.

That’s what religion does to your mind! Wouldn’t it be better if people were afraid of war instead of going to hell? Maybe we would stop mindlessly killing ourselves for a reason that never exists or a conflict without any basis. There’s an endless battle for economic power and we are building our society on that, even if it has nothing to do with humanity itself. Hating each other based on religious beliefs is not something we need, but it’s something we grow into. As a human being, I find the whole situation with the refugee crisis and the threat ISIS brings, insulting. Haven’t we learned from history that wars made in the name of “God” or “Allah” or whatever deity you believe in because that’s what you are “supposed” to do, only hide other motives and bring destruction and suffering? Yes, good people are still being denied to live! Society is bleeding!